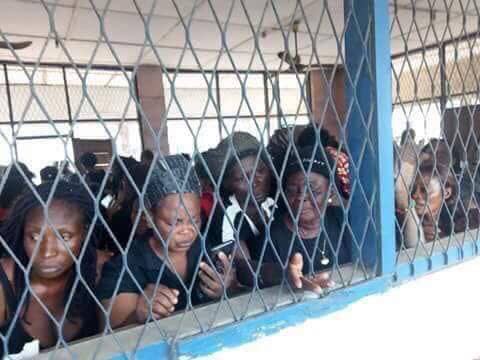 A Magistrate Court in Owerri, Imo state yesterday has remanded in prison over a 100 IPOB women who were arrested last Friday 17th of August 2018 by the Imo state Police. The women who are members of the Indigenous people of Biafra (IPOB) embarked on a peaceful protest last Friday demanding the release of their leader Nnamdi Kanu.
According to the Facebook Page of Radio Biafra, The activists are faced with Ten Count charges, which includes;
(i)Treason
(ii)Terrorism and other baseless charges.

The Group alleged that the women were “molested, assaulted and arrested by the Nigeria combined Force Team”.
“The Women were not only detained for more than 24hours without trial, but denied proper medical attention”.
“This resulted to a Pregnant Woman, bleeding and a Woman slumped in the court premises”.
“Aged Women within the age of 60 and above, were also detained, assaulted and denied proper medical attention, by their Family members”.
“There was a peaceful demonstration in the court, as Women stripped naked and refused the security agents from transferring the Women to Prison custody”.
IPOB Legal Team is processing the Bail Application, which will be filed before a High Court.
Court adjourns the matter, to 3rd Of September 2018. 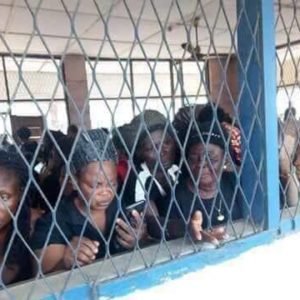 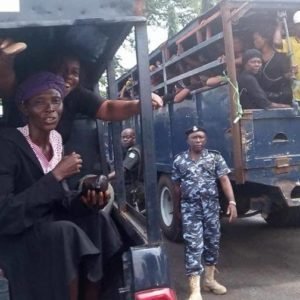