Air Peace to begin flights to Dubai, Sharjah in November 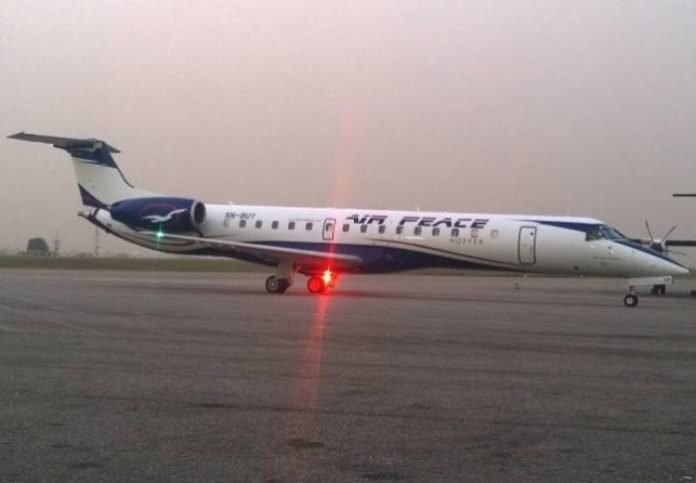 Allen Onyema, the Chairman of Air Peace, says the airline will begin flight operations to Dubai and Sharjah in the United Arab Emirates before the end of November.

The News Agency of Nigeria reports that Onyema made the announcement at an interactive session with newsmen on Friday in Lagos.

Onyema commended the Federal Government for taking the bold decision to suspend the new national carrier project which was a welcomed development to airline operators.

He said: “It was a bold move by the government and the president did not care about political correctness.

“The decision is therefore a challenge to Air Peace and other Nigerian airlines to rise up to the occasion to fill the void created by the absence of a national carrier.”

According to him, the airline which recently ordered for 10 brand new B737 Max aircraft from Boeing to take its aircraft fleet to 37, is ready to make Nigeria proud on the international routes.

He said: “We are going to start flights to Dubai and Sharjah before the end of November. We have already acquired four B777 aircraft for that purpose.

“We are also working on getting permits to begin operations to Houston, London, Mumbai, Guangzhou-China and Johannesburg.”

Onyema thanked the Federal Government for granting the approval for the airline to begin operations on the six international destinations but noted that the government needed to protect Nigerian airlines from international aero politics.

He said for instance, no Nigeria airline was currently flying to Europe, America, Middle East and Asia, while those operating even within Africa were also being frustrated by some governments.

Onyema said: “Air Peace has lost over N1 billion in six months of flying the West Coast of Africa due to excessive aviation charges by the countries we are flying into.

“What we are making here is being used to sustain our operations on these routes because we know we have to develop and maintain consistency on them to keep going.

“However, the airlines from these countries come into Nigeria even on multiple routes and they pay very little to our own government. So, there must be reciprocity of charges.

“It is not just enough for government to give approval for Nigerian carriers to operate abroad but the government should facilitate the fast tracking of their permits and also ensure that they are not frustrated by international aero politics.”

The Air Peace boss maintained that the administration of President Muhammadu Buhari had been supportive to Nigerian airlines, especially with the waiver on importation of aircraft spares and Value Added Tax.

He, however, urged the government to review the multiple entry granted to foreign airlines and also concession the airports to make them at par with their contemporaries across the world.