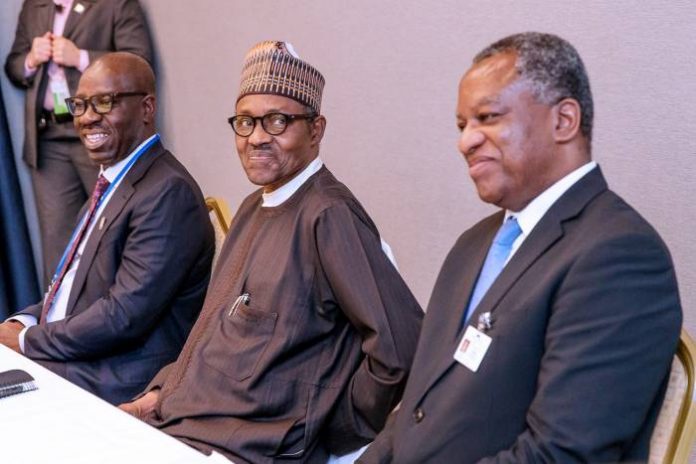 Geoffrey Onyeama made this known in an interview with the News Agency of Nigeria (NAN) after the conclusion of UNGA 2018 in New York.

He said: “The UNGA 2018 has been extremely positive for Nigeria, Mr. President addressed the General Assembly on various issues; his address shows Nigeria’s engagement with global issues and portrayed Nigeria as a responsible global partner.

“His address was very straight forward and shows Nigeria as an important global player, follow up on that was the meeting with the AU and New Partnership for African Development.

“There, President was a keynote speaker talking on corruption and the fight against corruption.

“These two events showed that Mr President is now an accepted recognised global icon in the fight against corruption and those events were well attended and his statement was well received.”

Geoffery Onyeama said that the president also engaged at a regional African level and showed himself to be a leader of the continent.

He said: “On the global stage, he also made a very good presentation and cemented the Nigeria global status and that of himself. It was really a very successful outing for Mr President and Nigeria.

This, according to him, portrays Nigeria and Buhari’s government as a very responsible and projects positive image of the country and of Nigerians.

He said: “The president also showed the world leaders that he is concerned with issues that will promote peace and prosperity in the world.

“He also talked on global fight against terrorism and issues on climate change, all those issues that we need to address to get the peaceful world that we all crave for.”

Onyeama said commended Buhari’s meeting with Nigerians in the Diaspora in the US and described it as a great meeting that showed “the kind of respect and the affection that Nigerians abroad have for him”.

He said that the Diasporas came out in a very large number from all works of lives and professions to show their support for Mr. President’s efforts to lift Nigeria and Nigerians out of poverty.

He said that the president’s the bilateral meeting with President of Ghana; Nana Akufo-Addo was also “very successful”.

He said: “It was at this meeting that Akufo-Addo announced that the foreigner shops shut in Ghana were to be reopened and that Nigerian traders were welcome in Ghana as ECOWAS citizens; that the laws passed were not targeted at Nigerians.

“It was a very important meeting because it has been a very concerned issue for the Nigerian government about the well-being of Nigerians in Ghana.”

PDP Presidential aspirants to sign a bond this week