Imo APC Primaries: The result I submitted not fake – Gulak 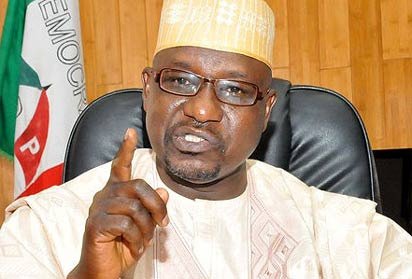 Abuja Chairman of the Imo State Electoral Panel for the All Progressives Congress, APC, Governorship primaries, Alhaji Ahmed Gulak, has debunked the claims by the party’s national chairman, Adams Oshiomhole that the result submitted after the election is fake.

Comrade Oshiomhole had told State House correspondents after meeting behind closed-doors with President Muhammadu Buhari at the Presidential Villa Abuja on Tuesday that the two results submitted to the National Working Committee NWC on the Imo governorship primaries were fake.

The APC national chairman even announced that the Gulak-led Electoral Panel had been disbanded. But speaking to Sunrise Daily on Channels television on Wednesday, Alhaji Gulak said he would not like to join issues with the party’s national chairman but insisted that the result he submitted was genuine.

He said, “I don’t want to join issues with my national chairman. The result I submitted was not fake, is not fake and cannot be fake.” He also stated that if there were issues with the result, the party has its own mechanism to sort out the issues.
He claimed that attempts were made to compromise the process in the state though he refused to disclose the attempts, he, however said, “Time will come when I will say what happened.”

He alleged that some members of the Electoral Panel were abducted by the governor on arrival as according to him the panel members did not follow the governor to the government house with their full consent. He also justified the reason for announcing the result of the primaries in Abuja, raising security concerns.

He further said that announcing the result outside Owerri did not in any way invalidate the exercise in as much as it was conducted in accordance with the party guidelines.

He said there was no way the result of the primaries could have been announced in Owerri because of the situation on ground and that he took the declaration of the result to Abuja based on privileged security information that compelled him to leave the state immediately.
“I had to leave Owerri with four or five of my members that did not disappear,” he said.
(vanguard)