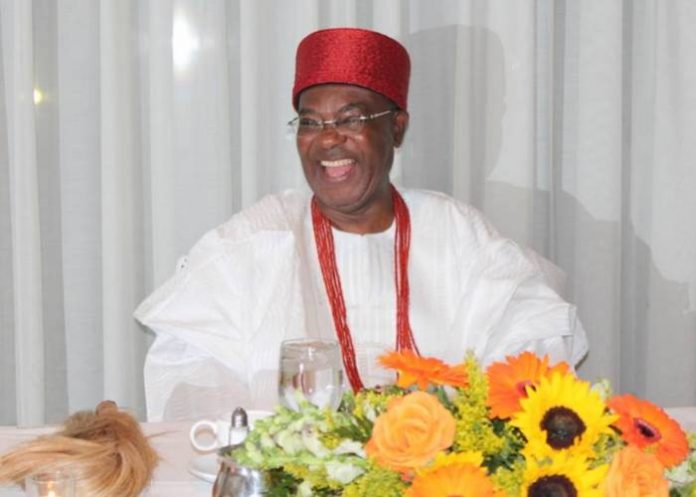 The Obi of Onitsha, Igwe Alfred Achebe says Nigeria requires strong leadership to harness its untapped potential for its growth.

Achebe, who stated this on Saturday at his 17th Ofala Festival in Onitsha, noted that the country hitherto had taken little pride in its heritage which had affected nationalism and development.

“Today, our country is experiencing deep chasms on various aspects including the political, social and religious.

“While the political class are jockeying for and switching positions within and between political parties for personal gains, there is no clear message on how these parties plan to move the country out of present quagmire,” Achebe said.

The monarch, who called for free, fair and peaceful elections in 2019, urged winning party to buckle up to address the myriad of challenges facing the nation, particularly the issue of income inequality.

Achebe also called for urgent action that would broaden the country’s economic base, create employment and grow prosperity at the lower level of society to avoid facing graver situation than the present.

Obi of Onitsha urged Gov. Willie Obiano of Anambra to meet the yearnings of various communities in the areas of basic infrastructure and in some key projects.

He named the key projects as the Umueri Airport project, the Orient Petroleum Ltd. project, and the conversion of the Nwafor Orizu College of Education to a full-fledged university.

“We also plead for the construction of the Onitsha-Otuocha/Omasi and Onitsha-Ogbaru roads, both of which though are federal roads, are of great significance to the economy of the state.

“Onitsha as a cosmopolitan city deserves a major facelift to reflect the motto of the state as Light of the Nation,” Achebe said.

He commended President Mohammadu Buhari for signing the agreement and releasing the first tranche of the fund for the Second Niger Bridge project.

Obi of Onitsha described the bridge as “an important asset that will connect all parts of the country and make road travel far easier for all Nigerians.”

He urged the Federal Ministry of Works to accelerate the payment of compensation to communities and stakeholders whose land and property were affected.

Gov. Willie Obiano said that his administration would continue to support Ofala festivals across the state, urging various traditional rulers to upgrade and make their festivals rich like that of Onitsha.

The governor assured Achebe and the people of Onitsha that his administration was poised to ensuring greater development in the area.

According to him, the ban on commercial motorcycles popularly known as ‘Okada’ in Awka and Onitsha has helped to reduce crime significantly.

“I want Onitsha people to continue to support my administration; I want you to also patronize the state Health Insurance Scheme launched a month ago.

“It is an affordable health services that will go a long way in providing quality health condition of the people,” the governor stated.

Onitsha Ofala Festival is an annual ceremony which serves as a rites of renewal for the traditional ruler.

The event attracted dignitaries from all walks of life including traditional rulers of various kingdoms, the clergy, diplomats and government officials, among others.

Highlight of the festival was the emergence of the traditional ruler in his royal regalia in some dance steps that cheered the crowd.