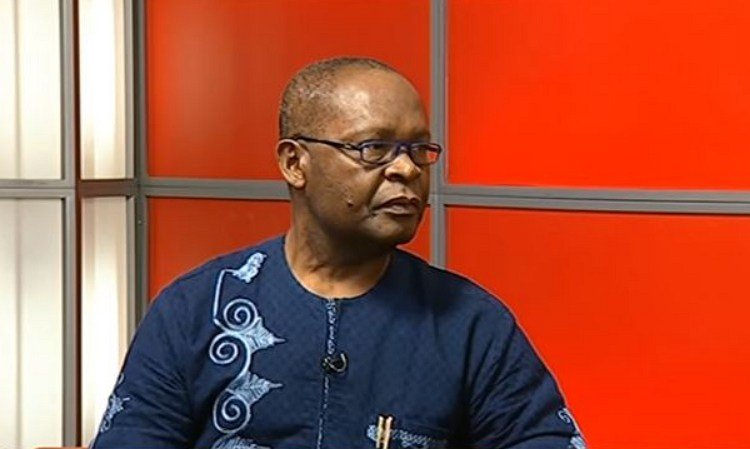 Joe Igbokwe, the Publicity Secretary of the All Progressives Congress (APC) in Lagos State, has declared that there is no vacancy in Aso Rock in 2019, insisting that all the presidential candidates put together will not be able to unseat President Muhammadu Buhari.

According to Igbokwe, the ruling APC would not lose sleep over the emergence of former Vice President Atiku Abubakar as the candidate of the Peoples Democratic Party (PDP), the main opposition party, stressing that the contest was going to be between integrity versus corruption.

Igbokwe told newsmen in Lagos that Nigerians cannot trust Atiku because of the many cases of corruption hanging around his neck.

He said, “Let me put it this way, all the presidential candidates put together, both the serious and the unserious, will not be able to unseat Buhari.

“There is no meeting point between light and darkness. We cannot trust Atiku with the keys of the national treasury given his antecedent. I don’t know whether you have watched Obasanjo’s video on Atiku.

“If there is anybody that knows Atiku very well, that person must be Obasanjo because they worked together for eight years. Obasanjo said some Americans came probably from FBI and said that they wanted to investigate some Nigerians and Atiku was one of them.

“After that, Obasanjo was also inclusive, but they couldn’t find anything on him. Meanwhile, on Atiku, there was a damning report. And given what Obasanjo knows about the findings of those people, he said that God would not forgive him if he supports Atiku. If Obasanjo says that kind of thing, then we cannot trust Atiku with the keys of the national treasury.

“Another point is what played out in Port Harcourt at the PDP national convention. It was a bazaar. It was an audacious and thunderous celebration of corruption, where dollars were used with reckless abandon to buy delegates’ votes. We cannot have that kind of person in the saddle. His wealth is questionable. Also remember that PDP told Nigerians that they had repented and pleaded that they should be given another chance.