THREE OUT OF EVERY TEN NIGERIANS SUFFER FROM MENTAL ILLNESS -Official 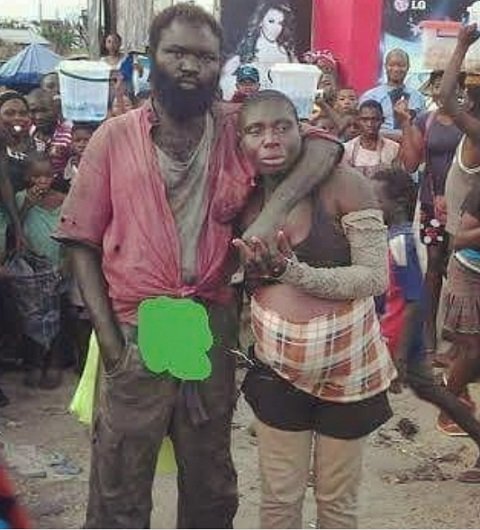 THREE OUT OF EVERY TEN NIGERIANS SUFFER FROM MENTAL ILLNESS -Official

The federal government has said three in every ten Nigerians suffer from one form of mental disorder or the other.

This was disclosed by the Permanent Secretary of the Ministry of Health, Abdulaziz Abdullahi, at the on-going Mental Health Action Committee and Stakeholders Workshop, which commenced on Monday, in Abuja.

Mental disorders, according to the World Health Organisation (WHO), comprise a broad range of problems, with different symptoms. However, they are generally characterized by some combination of abnormal thoughts, emotions, behaviour and relationships with others.

Examples are schizophrenia, depression, intellectual disabilities and disorders due to drug abuse which, in some cases, are treatable.

“In Nigeria, an estimated 20–30 per cent of our population are believed to suffer from mental disorders. This is a very significant number, considering that Nigeria has an estimated population of 200 million. Unfortunately, the attention given to mental health disorders in Nigeria is inadequate,” Mr. Abdullahi said in his remark at the event held on Wednesday.

The permanent secretary further decried the level of awareness of Nigerians on mental health, describing it as understandably poor, with lots of misconceptions.

“By 2020, it is estimated that common mental disorders such as depression, anxiety, and substance abuse-related disorders, will disable more people than complications arising from HIV/AIDS, heart disease, accidents, and wars combined,” he warned.

The official said the aforementioned statistics is astonishing and possesses serious questions as to why mental health disorders are not given the needed attention that it deserves.

Also in the statement, Evelyn Ngige, a director of public health in the ministry expressed worry over the statistics, describing it as damning. She said it could get worse given the current economic hardships in the country.

“Considering the current economic situation in the country, the above statistics are damning and in the light of the recent suicidal episodes recorded in parts of Lagos, it forces a rethink in our general attitudes to mental health and questions our current maintenance of the status quo,” the official noted.

There are more than 200 classified forms of mental illnesses. Some of the more common disorders are depression, bipolar disorder, dementia, schizophrenia and anxiety disorders. Symptoms may include changes in mood, personality, personal habits and/or social withdrawal.

Mental illnesses may be caused by a reaction to environmental stresses, genetic factors, biochemical imbalances, or a combination of these.

Psychiatrists and health experts have often linked the rapid leap of mental health disorders in the country particularly to stigma and lack of public awareness.

Often times, when mental disorder is mentioned in Nigeria, what comes to mind is the picture of a naked and unkempt person, who is totally unaware of his/her environment, but such category is just a little part of the varying mental disorders known, even though it could be referred to as the extreme case of the health condition, health experts say.

People with mental health disorders are either stigmatized, untreated ignored or poorly understood in Nigeria, thereby causing an increase in the condition.

In its 2017 World Health Day Data, the global agency, WHO, revealed that about 7million Nigerians suffer from one of the most ignored and misunderstood form of mental disorder in the country, depression.