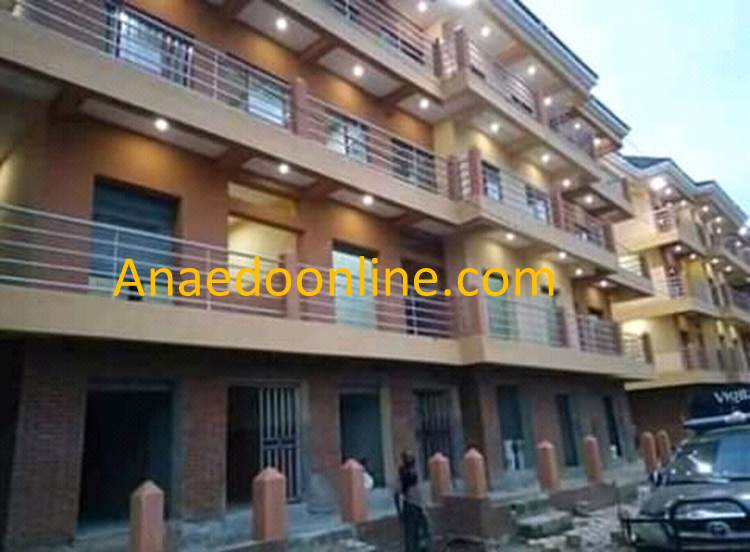 Based on reality, the major economic attraction in Nnewi is the Nkwo Nnewi Market despite the existence of few industries in the town.
src=”//pagead2.googlesyndication.com/pagead/js/adsbygoogle.js”>


Since the ban on commercial motorcycles in many states in Nigeria and parts of Anambra, Nnewi town lost a bit of its economic relevance due to the sharp decline in the sale of motorcycles and motorcycle spare parts in Nkwo Nnewi Market.

However, concerned citizens, especially, economic analysts and those in the academia have predicted that if the town failed to diversify into other business concerns beyond the usual buying and selling of auto and motorcycle spare parts, Nnewi would soon lose its economic relevance.
src=”//pagead2.googlesyndication.com/pagead/js/adsbygoogle.js”>


Mazi Tobe Osigwe, in his book, “Towards a modern Nnewi” stated that “We should not lose sight of the valid fact that Nkwo Nnewi was a deliberate creation so it will not be a sacrilege if we consciously activate another source of future economy for Nkwo Nnewi.

Recently, the President of Nnewi community in China, Mr Frank Udogu, said that discussions are ongoing with other relevant stakeholders in Nnewi towards establishing a world-class computer village in Nnewi.

Two weeks ago, in response to the ‘Aku Ruo Uno’ philosophy of His Royal Highness, Igwe Kenneth Orizu III and in answer to the call for the diversification of Nnewi economy, an illustrious son of the town, Chief George Moughalu, opened the Nnewi GSM Village Nnewi.

The Nnewi GSM Village is a world-class structure with a first-class architectural design. It is magnificently cited in Nkwo Nnewi Market.
src=”//pagead2.googlesyndication.com/pagead/js/adsbygoogle.js”>


Nnewi GSM Village located opposite Bakkasi Office, beside Adili Hotel, Nnewi, along Nkwo Nnewi Motor Parts road, will offer a robust market for buyers and sellers of all sorts of phone accessories, among other ancillary services.

It will also offer residents the opportunity to fix damaged phones, install mobile applications, upgrade software and install exciting features on their phones.

The village is not for phone accessories alone; it is also for laptops, tablets and other electronic devices. It will soon assume the status as the melting pot for electronic devices in Nnewi and environs.
src=”//pagead2.googlesyndication.com/pagead/js/adsbygoogle.js”>


The GSM Village is already providing jobs for different kinds of computer engineers, technicians, software handlers, food sellers, phone/accessory dealers, apprentices and many more. It will also provide the opportunity for youths to display their high sense of creativity and ingenuity as they deliberately question the intellectual capacity of the device manufacturers through their repair works.

The Village will always be a beehive of activities as thousands of people, old, young, male and female will troop in for reasons connected to phones and similar services. Ordinarily too, prices of phones will be more attractive and affordable at the GSM Village than any other GSM outlet within the neighbourhood.

Nnewi GSM Village will have direct and indirect positive effect on the Nnewi economy. Apart from job creation and employment for both skilled and unskilled manpower, it will also increase the Internally Generated Revenue of the local and state governments. It will also attract other businesses into the town, especially the techs and hubs.
src=”//pagead2.googlesyndication.com/pagead/js/adsbygoogle.js”>


Most importantly, judging from the ingenuity, industry and sagacity of Nnewi traders, it will not be a surprise if traders in Nnewi GSM Village diversified into production of electronic products as it happened in the case of auto and motorcycle spare parts.