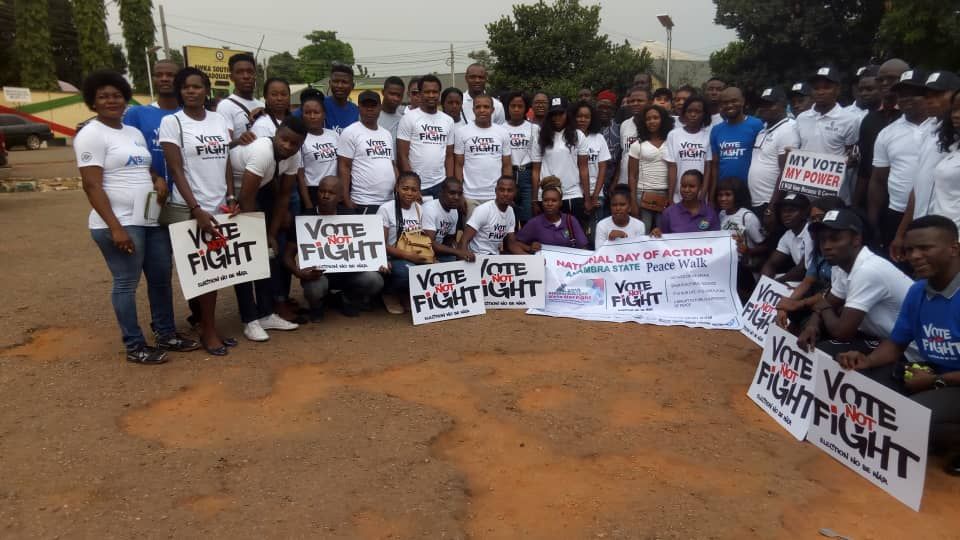 Ahead of the forthcoming general election in Nigeria, the Anambra State Library Board has joined the rest of other civil society organizations in championing the ‘Vote Not Fight’ campaign. 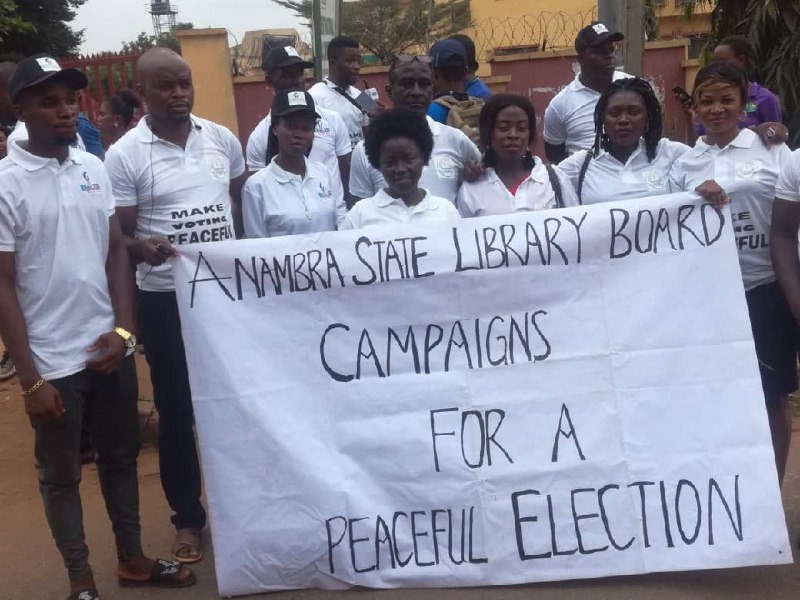 The campaign which was staged in Awka, the capital city of Anambra State, featured rally with chanting of solidarity songs and walks to various places and offices across the metropolitan city, including markets, police station, office the Independent National Electoral Commission (INEC), among others. 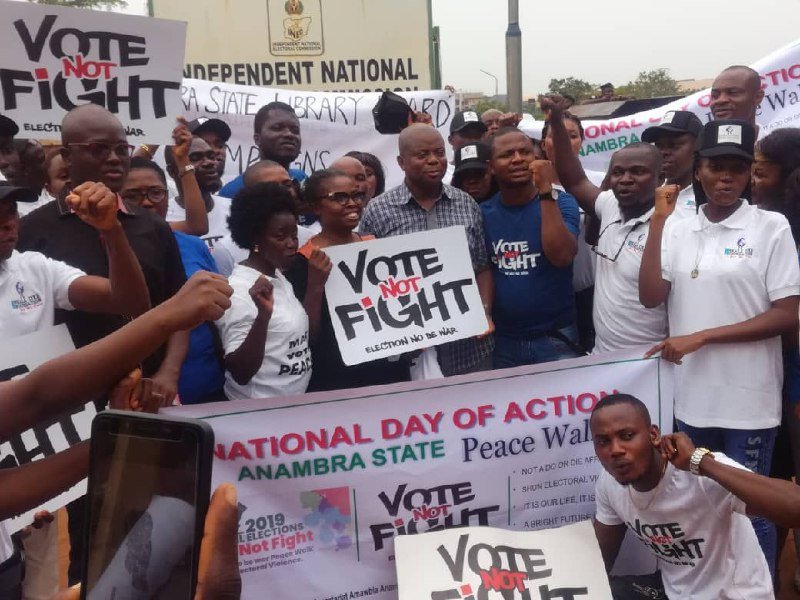 Addressing the campaigners on behalf of the Resident Electoral Commissioner in the state, Dr. Nkwachukwu Orji, the Head of Voter Education and Publicity, Mr. Leo Nkedife, commended the various voluntary groups and the youths, who joined in the campaign for seeing the need for peaceful, free, fair and transparent elections in the country. 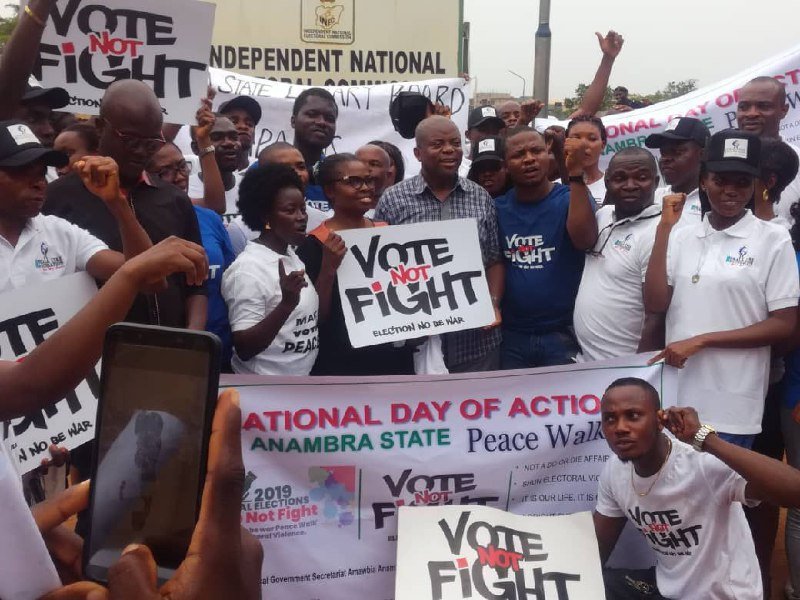 He, however, called on every eligible Nigerian to get his PVC ready and to come out to exercise his franchises on the election days; even as he charged those who are yet to collect their PVCs to do so before the deadline which is this week Friday (8th January), as without it, they will not be able to vote.

In an interview with newsmen, one of the facilitators of the campaign and Ag. Director of the Prof. Kenneth Dike Central E-Library Awka, Dr. Nkechi Udeze, described the campaign as quite apt, given that election is not supposed to be a period of war or crisis, but a peaceful exercise which requires peaceful participation of every eligible and patriotic Nigerian, as the outcome (whether negative or positive) will affect everybody.

She further called on everyone to come out and vote massively, and to stop assuming that their votes does not count. He also advised politicians against inducing youths with hard drugs or using them as thugs to incite political crisis during elections, and called on youths never to allow themselves to be used anymore by politicians.

On his own part, another major facilitator of the campaign, and Director of the Kings Faith Development And Youth Empowerment Initiative, Mr. Chukuwma Chukwura, said the aim of the campaign was to promote and sensitize people on the need to maintain peace both before, during and after election, and noted that they were out to shun any form of electoral violence, hate speech, vote trading and other such things which may mar the peacefulness of the elections.

He called on the Independent National Electoral Commission to be firm and fair, and to put proactive measures in place to ensure that electorates’ votes actually count.

Other Civil Society Organizations and groups which joined in the nationwide campaign include: Nkala Iyke Foundation, Young African Leaders Initiative (YALI), NotToo Young To Run, among others.