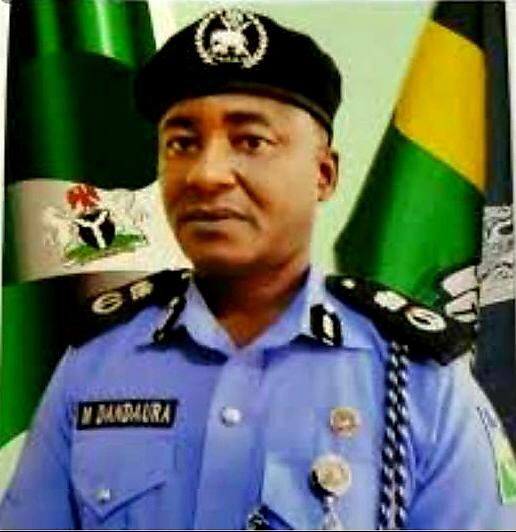 He will take over from Mr. Garba Baba Umar, who has been deployed for other national engagements.

The new police boss, who was born on January 15, 1963, had his early education in Katsina and later proceeded to Bayero University Kano where he bagged Bachelors Degree(B.A) History in 1987.

Dandaura followed it up with a Master Degree in International Affairs & Strategic Studies from Post Graduate School, Nigeria Defence Academy, in 2010.

The Katsina State born police chief began his distinguished law enforcement career with the Nigerian Police Force on March 3, 1990; as a Cadet Assistant Superintendent of Police.

The New Sheriff has served in different formations of the Force which include but not limited to:
P and G Adewole Estate Police Division, Kwara State Police Command; Divisional Traffic Officer ‘B’ Division, Surulere; ADC to former governor of Kwara State in 1993; also ADC to Military Administrator, Adamawa State, in 1994.

He is popular within the police circles as “Mr. Goal Getter” in reference to his outstanding meritorious services in the Force.

Worthy of note, also, is that Mustapha was the CSP in-charge of Operations, FCT Command; Assistant Commissioner of Police in charge of Criminal Investigation Department, FCT Command; Deputy Force Secretary, Abuja; and Commandant of the Police College, Kaduna.

Until his appointment as the Commissioner of Police, Anambra State Command, he was the CP Railway Command, Lagos.

He is also a member of International Association of Chiefs of Police (USA); a global security watch strategist, an International Security Watch Ambassador and an ardent lover of sports.

IN NNEWI, TOYOTA CAMRY RAMMED INTO A SHOP, DESTROY GOODS