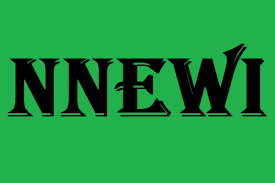 Rising from the shock of unexpected postponement of the much expected federal election of 16th February 2019, which left Nnewi electorates devastated, stakeholders in the community have urged residents of the town, especially eligible voters, to remain steadfast, and ensure that they turn out en masse to vote next Saturday.

Critical Stakeholders led by the Federal Commissioner, Public Complaints Commission, Prince Samben Nwosu, condemned in totality the sudden postponement and encouraged the entire Nnewi residents not to be dampened in coming out en masse on the 23rd of February to cast their votes since it is their civic responsibility to do so.

The OMBUDSMAN motivated the residents that there’s no cause for alarm, having gone for on-the-spot investigation and inspection at INEC office in Awka of which the INEC REC confirmed that election will be fairly conducted, irrespective of the fire outbreak which burnt the entire smart card readers meant for the election; which, according to him, have been replaced.

He was encouraged at the keenness with which Nigerians, especially people of the South East extraction wished to cast their votes en bloc since they needed a change of the present nonperforming government which has denied the zone of several positions.

He also lamented seriously over what he called lopsided appointments of President Muhammadu Buhari, which, according to him, portray him as a tribalized leader.

“It is noteworthy that this meeting is a landmark achievement which has propelled much optimism among Nnewi residents to ensure that they remain undaunted in exercising their franchise on 23rd February to change the change”, ABC Nwosu said.

INEC RULES OUT SABOTAGE, SAYS NOBODY FORCED IT TO POSTPONE ELECTIONS