The Echos From An Ora-Eri Man Living In Nnewi 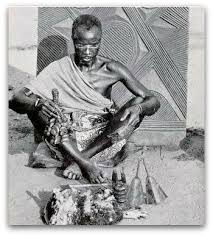 The Echos From An Ora-Eri Man Living In Nnewi

Nnewi and Ala Igbo, in general, is a place enshrouded in so much mystery and rich history that is yet to be discovered by the current generation. We need to not just let the older generation tell us their stories, we also need to document them for future generations.

There is a town known as Ora-Eri in Anambra State and till this day, the Ora-Eri Community living in Mbanagu Otolo still identifies with their parent Oreri Town, they attend Oreri town meetings at Ora-Eri and also invite their people from Ora-Eri to Nnewi whenever they have an important event here in Nnewi.

The story has it that many years ago, during the reign of the first Igwe of Nnewi, the Igwe invited the people of Ora-Eri to perform a duty of cleansing the land, when they were done, Igwe asked them to stay back in Nnewi. They Obliged.

He gave them land where they could build their homes, over the years, the descendants of the first set of Ora-eri people in Nnewi have bought more land in Nnewi.

READ ALSO: Traditional Sharing Formula Of The Estate Of A Dead Nnewi Man

The people of Ora-eri are the descendants of a man named Umuezedibia. They cleanse the land of any abomination ( Ikpu alu). This cleansing is very necessary because if it’s not done, there are dire repercussions that will befall the person who committed the abomination and his/her generation. We call this cleansing Ikpu-Alu in the Igbo language.

There are several things regarded as an abomination in Nnewi ;

When two closely related individuals have sexual intercourse,
When a female breaks Kola (Iwa Oji ),
When someone commits suicide,
When a woman cuts down palm-bunch from the palm tree ( Igbu Akwu ),
and many others.

In a situation whereby a man and woman who are closely related have sexual intercourse, cleansing must be done for the man and woman separately. If its the case of suicide, the corpse will be disposed of in an evil forest after performing the Ikpu-Alu rites.
Sometimes they throw it into the Ugilinze evil forest located at Amichi

All these will be done by an Ora-Eri man

“Going to church does not absolve you from the abomination you committed, you must go through cleansing ( Ikpu alu )”
Ora-eri Man 2019

Cleansing ( Ikpu Alu ) is not diabolic, rather its something that is done to keep evil and the effects of evil away from Nnewi and ala Igbo in general.
To cleanse the land of an abomination, some traditional rites are observed.

The Person who committed the abomination must get the following items;

A TRUE LIFE STORY AS TOLD BY AN ORERI MAN

The father of her child was a family member. A close relative. Imagine the shock!
Their family members came together and insisted that the only solution was for the land to be cleansed. That was the best solution for the family, the family was happy for this resolution.

Then there was a snag, the man that slept with his sister was a Christian, so according to him, Ikpu-Alu was against his Christian beliefs, the lady that was slept with was also a Christian, so can’t be made to go through the ” Nonsense” Cleansing.
Both of them vehemently refused the cleansing. Confusion everywhere.

In other not to become victims by association, every member of the family decided to avoid the duo like plagues.
“Ife Onye metalu, ya welu isi ya bulu.”

To cut the long story short, after many years, the man committed suicide in his living room
And for the Lady? She got married, after some time, strange illnesses started ravaging her system. She eventually lost her life too.
She actually ran mad before she died.