Not Less Than 25, 000 Underage Nigerians Use Tobacoo Everyday, Research Reveals 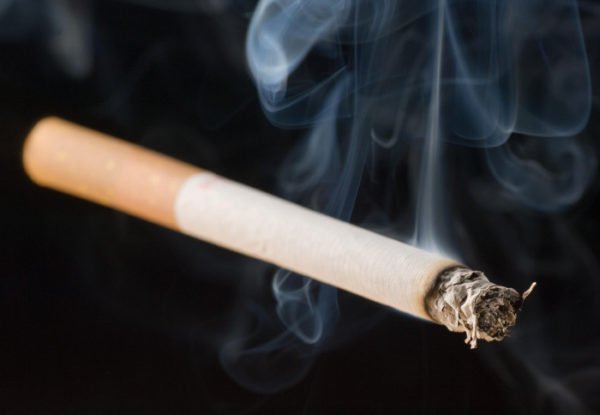 Not Less Than 25, 000 Underage Nigerians Use Tobacco Everyday, Research Reveals

Ms Ebiuwa Uwagboe, a campaign specialist at Gatefield, the public strategy group backing the campaign disclosed this in a statement in Abuja on Tuesday.

Uwagboe called on the government to enforce the law banning the sale of tobacco products to the underage to check such smokers in the country.

“Every day, a whopping 25,000 children in Nigeria between the ages of 10 and 14 years use tobacco products.

“This equates to 17 children smoking every one minute.

“This is a result of the relative ease of their access to cigarettes and other tobacco-related products, which are sold to them by vendors,” she said.

Uwagboe added that smoking among teenagers had devastating consequences including health-related ones such as respiratory and cardiovascular diseases as well as reduced mental development.

“Children must be protected as they lack capacity and are often unwitting targets of the tobacco industry,” she said.

She noted that a recent survey released by Gatefield discovered that one out of every four vendors sold cigarettes to kids in the country.

She added that the Nigerian Tobacco act of 2015 prohibits the sale of tobacco products to minors under the age of 18 but that the law was not being implemented or enforced.

“While it is important to have the right laws, it is not enough. We need to enforce them now and ensure that the National Assembly passes the tobacco control regulations.

“This is what our campaign aims to do,” she added.

She further said that the #DontWaitRegulate campaign also released two public service advertisements to create awareness about the existing law and pressure government to properly enforce it with the passage of the regulations by the national assembly.

She said the advertisement featured individuals including Fakhuus Hashim, #ArewaMeToo founder; Ogor Ben-Iweagwu, a public hospital doctor; Anna Usman, a mother, and entrepreneur; and Providence Anaro, a teenage freshman at the University of Abuja.