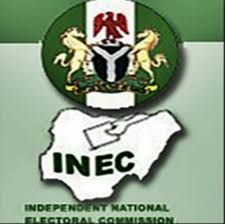 The names of both men had been substituted by the APC, in place of two other aspirants who are said to have won the primary elections

READ ALSO: INEC RULES OUT SABOTAGE, SAYS NOBODY FORCED IT TO POSTPONE ELECTIONS

Certificates of Return issued to two members-elect of the Kaduna State House of Assembly have been withdrawn by the Independent National Electoral Commission (INEC).

According to Daily Trust, the individuals, Haruna Aliyu popularly known as Chakis and Ibrahim Ismail, are both members of the Assembly and represent Kaduna North II (Kawo) and Kaduna South II (Tudun Wada) constituency respectively.

Newman gathered that at the October 7, 2018 primary elections in which both men contested, two other aspirants, Yusuf Salihu and Nasiru Usman polled 104 votes and 49 votes respectively.

The All Progressives Congress (APC), however, substituted Salihu and Usman’s names with that of Aliyu and Ismail, who scored 24 and 35 votes respectively and submitted same to INEC as the party’s candidates.

While delivering judgment on April 16, Justice Z. B Abubakar, the president judge, said having scored the highest number of votes cast in the primaries, Nasiru Usman is the nominated candidate for the election to represent Tudun Wada constituency (Kaduna South II) in the state Assembly.

The judge said the purported substitution of the name of Hon Yusuf Salihu for the Kaduna State House of Assembly election, Kaduna North II constituency, is in violation of the provision of section 33 of the Electoral Act 2010 as amended.

READ ALSO: OBINNA NGONADI GOING TO THE ELECTION TRIBUNAL WILL MARK THE END OF HIS POLITICAL CAREER – NCHEDO OBOR

Subsequently, INEC issued Certificates of Return to Yusuf Salihu and Nasiru Usman, in compliance with the court’s orders.

Recall that it was previously reported that INEC said it had withdrawn 25 return certificates issued to some candidates that won during the 2019 general elections, following court orders.

The chairman of the Information and Voter Education Committee (IVEC), Festus Okoye, said this at the forum on Media Coverage of 2019 General Elections’ which held in Enugu on Monday, May 20.