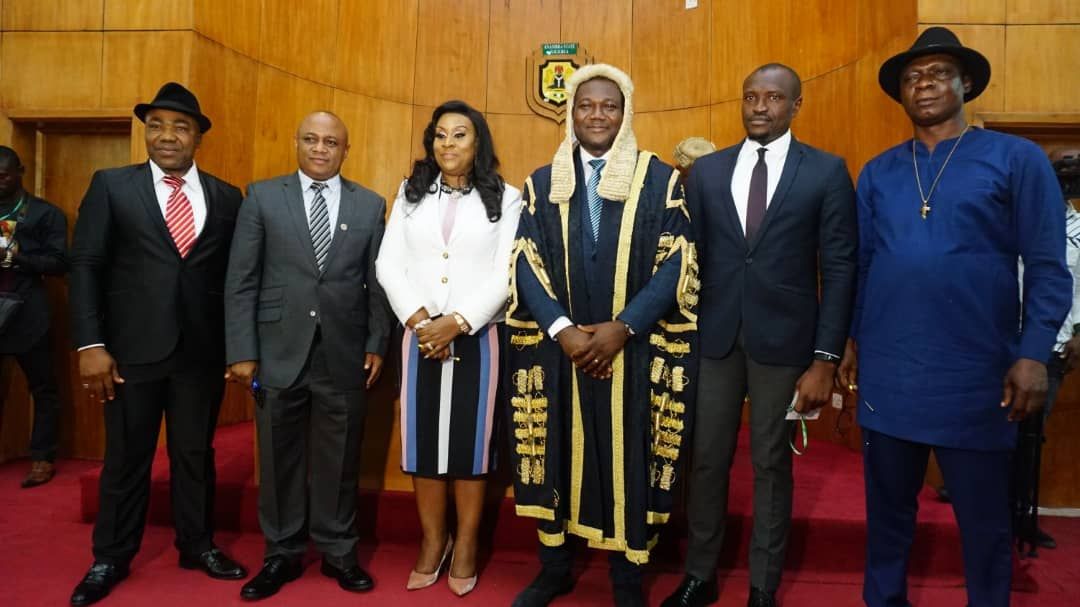 The Anambra state house of Assembly members were inaugurated today, June 12, 2019 at the Legislative chambers in Awka. 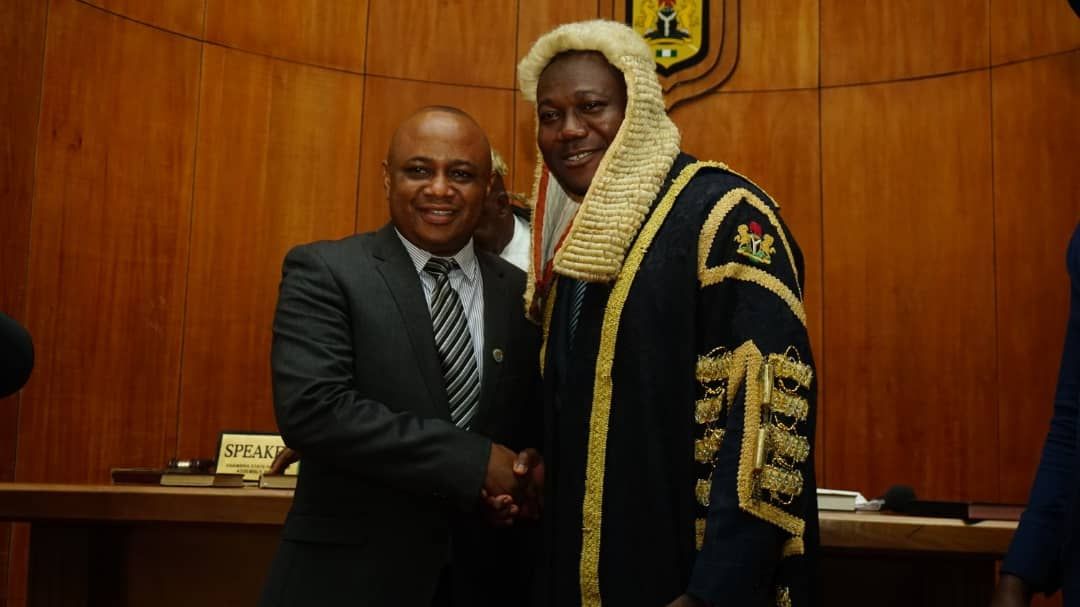 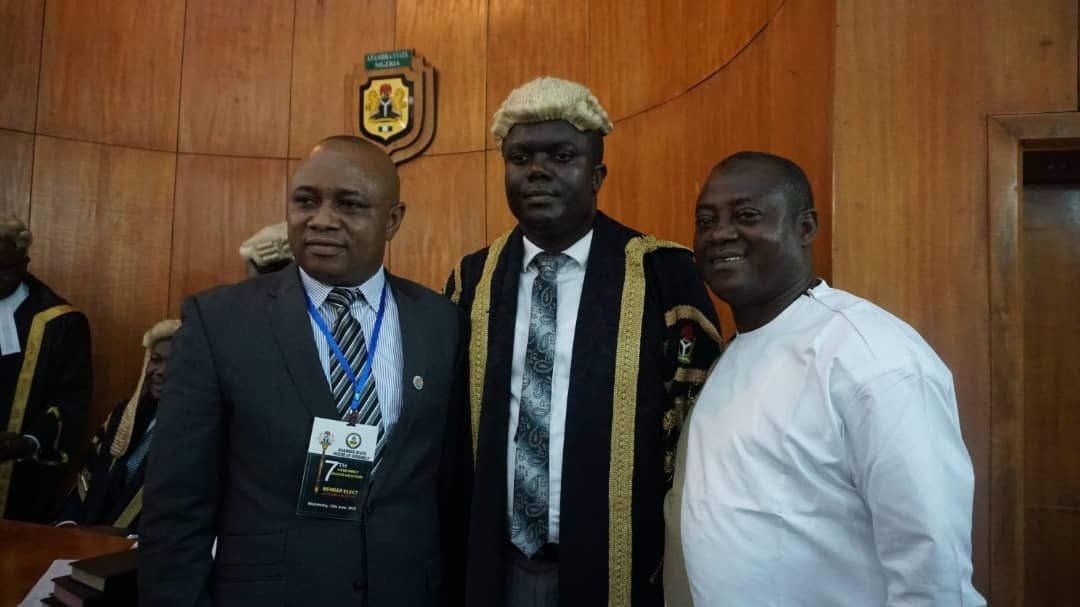 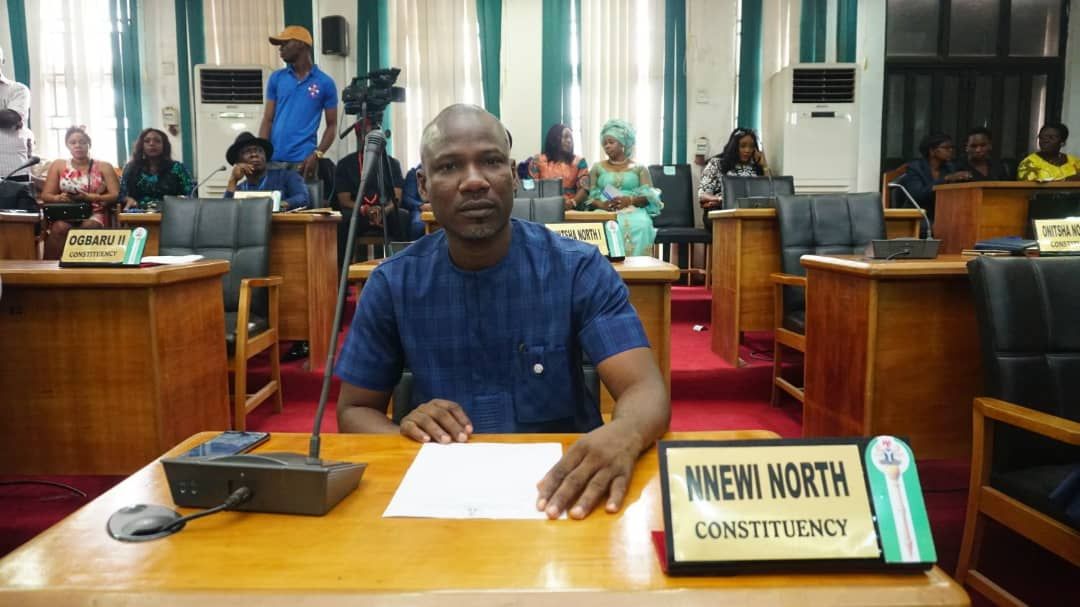 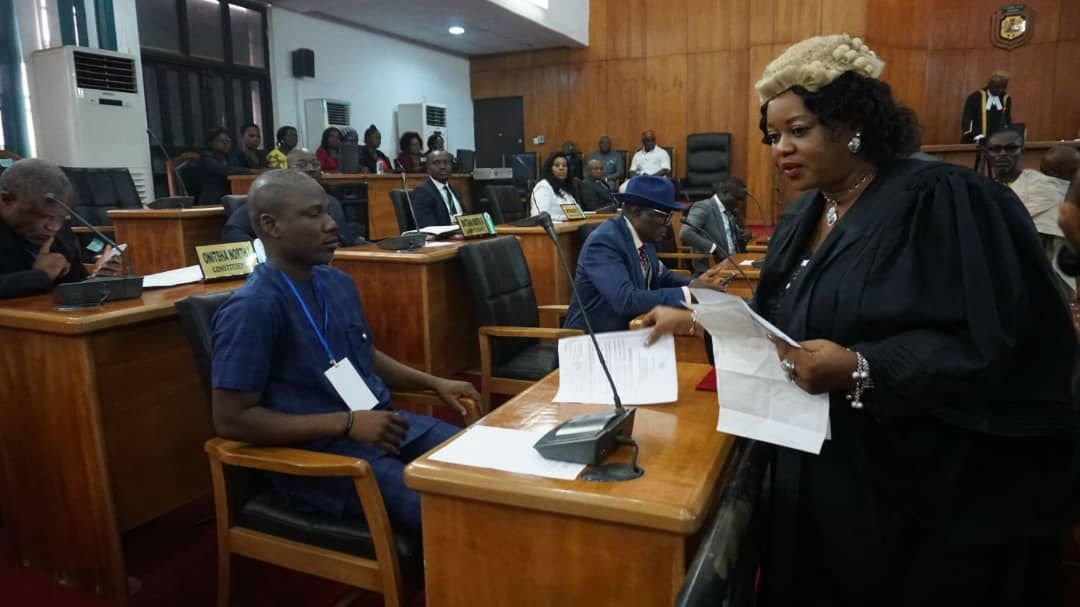 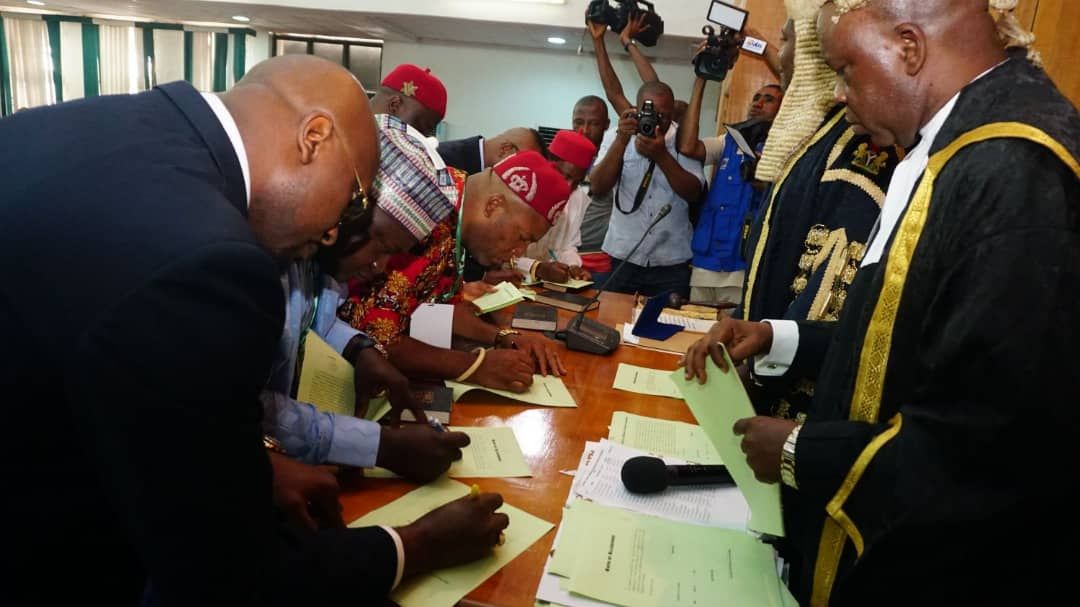 After the letter was read, the clerk instructed that every elected member should submit their Asset declaration certificate and then he proceeded to issue the certificate of return to the house members. 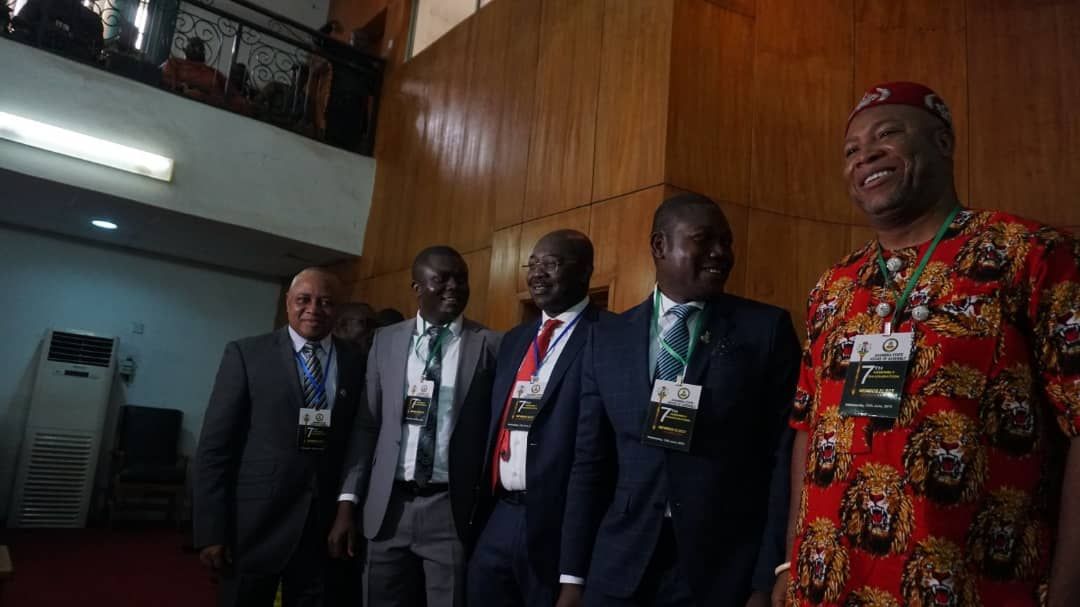 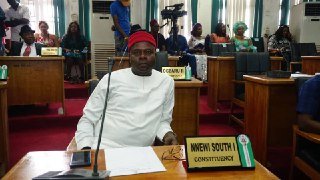 Pius Udo went further to ask the members to nominate a new speaker for the Assembly, both Hon. Ibuzo Edward representing Onitsha North II and Hon. Lawrence Ezendu(Dunukofia Constituency) Nominated, Hon. Uche Okafor(Ayamelu Constituency). Hon. Uche Okafor, emerged speaker of the house, unopposed in the same manner, Hon. Pascal Agbodike(Ihiala II) was Nominated for the position of Deputy Speaker, he also emerged as the Deputy Speaker of the house, unopposed. The speaker and deputy speaker took the Oath of allegiance and oath of office, other members proceeded to take the oath of office.

Furthermore, the new speaker, Hon. Uche Okafor read out the letter from the All Progressive Grand Alliance(APGA) where the names of the principal officers were named as follows;

In his acceptance speech, Hon. Uche Okafor thanked the 7th Assembly for electing him as a speaker and assured them of his commitment to his responsibility to the house and the state. 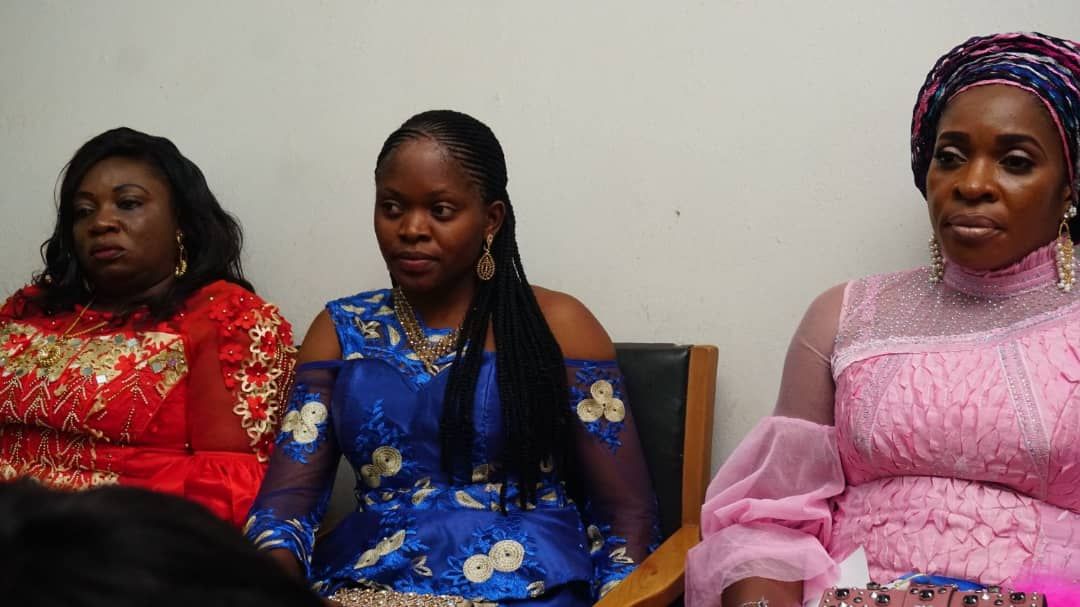