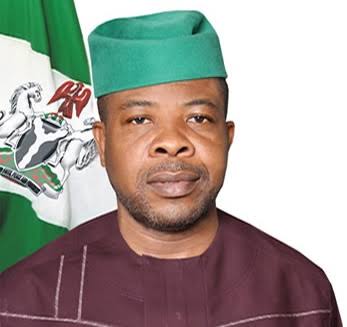 The Government of Imo State under the leadership of Governor Ihedioha has ordered traders in Imo State to vacate illegal spots.

This was made known through the General Manager of Imo State Environmental Transformation Commission, ENTRACO, Alex Emeziem who said that the order must be obeyed and that its operation targets only those occupying illegal structures in the areas mentioned.

Speaking further he stated ” it is part of the ‘Rebuild Imo’ program and tree planting project, regretting the inconveniences it caused. The government said: “All those doing business between Naze Roundabout and the road to Emmanuel College Roundabout should vacate the area immediately.

“All persons occupying the Green Verge from Emmanuel College (New Road) to Umezuruike Hospital, Opposite SGI Cabinet Office, Owerri, should also vacate immediately. “All persons occupying illegal structures where they carry out their respective businesses, from Akanchawa Road to Port Harcourt Road Junction should also vacate. “All these affected areas must be vacated within 72 hours of this announcement to enable the state government to carry out its beautification and tree planting program.”

The action of the State Government has gripped fear towards hundreds of traders within the Owerri metropolis after Imo State Government gave them 72 hours to vacate.
Some of the traders stated yesterday that the government failed to include in the announcement, an alternative place for them to continue their petty businesses with which they sustain their families.

Osibanjo Opens Up On His Statement About Kidnapping, Insecurity-Clears His Name