Ihedioha Set To Deal With  Ghost Workers In Imo State 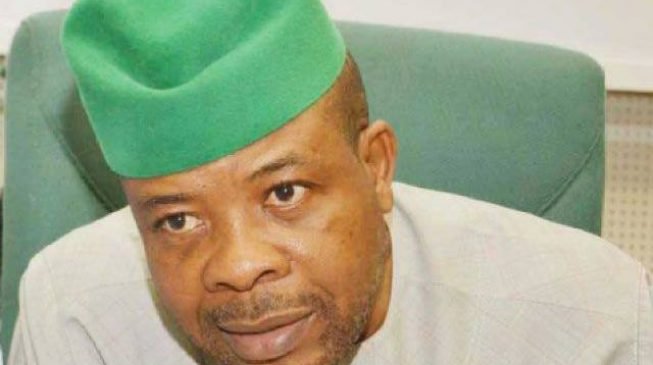 Ihedioha Set To Deal With  Ghost Workers In Imo State

-Governor Ihedioha has stopped salaries of workers employed by his successor Okorocha in the last 15 months.

-Ihedioha’s action followed claims by Imo NLC chairman Chilakpo that the union had evidence of illegal employments and promotions.

-The state accountant-general, Casmir Uzoho, was said to have confirmed the allegations of the Imo NLC boss.

The Governor of Imo state Emeka Ihedioha has stopped the payment of salaries to some civil servants who he alleged that their recruitment was illegal.

Newsmen reported  that the workers affected were those employed under the administration of Ihedioha’s predecessor, Rochas Okorocha between January 2018 and March 29, 2019.

According to the governor, the recruitment of the affected workers did not follow due process.

He therefore ordered the Head of Service, Alma Eluwa, to work with other directors in Imo’s civil service to confirm those that merited their employment.

To sanitize the workforce, the Governor  also set up a panel to probe and fish our ghost workers.

According to the report, Ihedioha’s move followed allegations by the Imo state chapter of the Nigeria Labour Congress (NLC) of illegal employment and promotions by the past administration of Okorocha.

“We have records of people, who illegally got employment and promotion during the past government from 2018 to May 2019. Illegal employment went on in the state to the tune of not less than 5,000 workers. Let the Head of Service say it is not true, and we will come up with evidence.’’

“Also, some were even promoted to Permanent Secretary without merit. This is why somebody on Level 14 was promoted to become a Permanent Secretary, whereas we have people who are on Level 16 and have been in that position for years. This is not fair,” NLC state chairman, Austin Chilakpo, told Ihedioha in the government house in Owerri, the state capital on Friday, July 5.