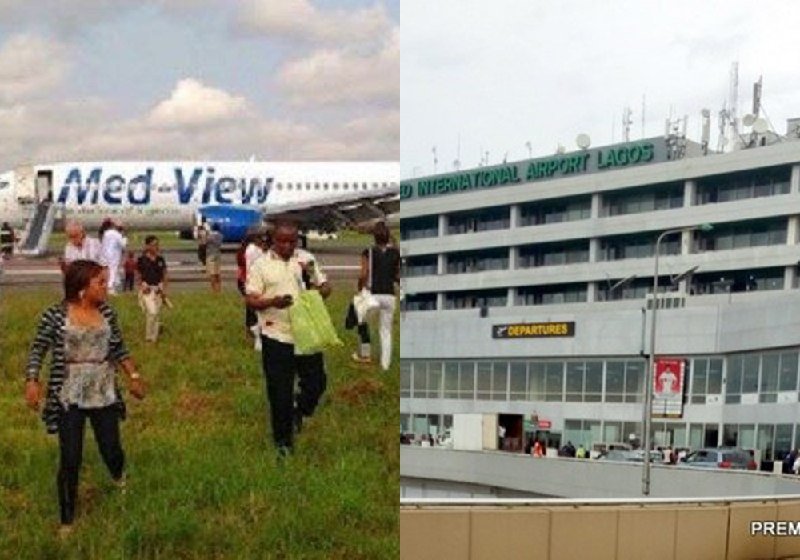 It was recently reported that a Medview Airline, Aircraft, a Boeing 737-500 marked 5N-BOM with 27 passengers and six crew members on board were involved in a serious incident which forced the plane to make an emergency landing.

According to a statement issued by Nigeria’s Accident Investigation Bureau (AIB), the incident took place on Tuesday as the flight, which was en-route Lagos from Abuja ran into trouble when “a cabin altitude warning came on at FL 320 followed by deployment of oxygen masks which necessitated the crew to carry out emergency descent procedure.

“Our team of safety investigators have commenced an investigation. As the investigating agency, AIB needs and hereby solicits your assistance. We want the public to know that we would be amenable to receiving any video clip, relevant evidence, or information any members of the public may have of the accident that can assist us with this investigation.”

The incident which happened at about 3:07 pm local time on July 23rd 2019, did not record any fatality. The bureau however, appealed to the public, including the media to respect the privacy of the people involved by not assuming the cause of the accident until a formal report is released.

According to information gathered, the Medview Airline incident which happened the same day a sister airline, Air Peace lost its rear tyre when the pilot made a hard landing at the international airport runway of the Lagos airport due to bad weather, made it the third incident that took place the same day as an outbound Turkish Airline aircraft from the same Lagos airport was said to have aborted its flight due TO a malfunction discovered on its aircraft.

Police Apprehends Lady While Trying To Throw Away Her Baby (Photos)

Why We Sealed Off Okorocha’s Properties – EFCC