A board member of the Commonwealth of Zion Assembly (COZA), Pastor Obafemi Banigbe has resigned.

This is coming few weeks after Pastor Biodun Fatoyinbo stepped down as Senior Pastor of the Commonwealth of Zion Assembly (COZA) over allegations of rape brought against him by Busola Dakolo.

Pastor Banigbe disclosed his resignation In a letter addressed to Pastor Biodun Fatoyinbo and board of trustees dated July 19th.

READ ALSO: Timi Dakolo Reacts To His Wife Revealing She Was Raped By COZAPastor

Obafemi Banigbe said he was no longer interested in being a member of the COZA Board of Trustees, thus he tendered his resignation

On why he resigned, Banigbe wrote “I hereby render my resignation as a registered member of the board of trustees for Commonwealth of Zion Assembly, COZA with immediate effect and for personal reasons.

“I have not been able to function as a board member, including participating in any decision making or governance meetings focused on matters patterning to the wellbeing of the church.”

Meanwhile, the Dakolos who alleged threat to their lives have vowed to see the fight for justice till the end. 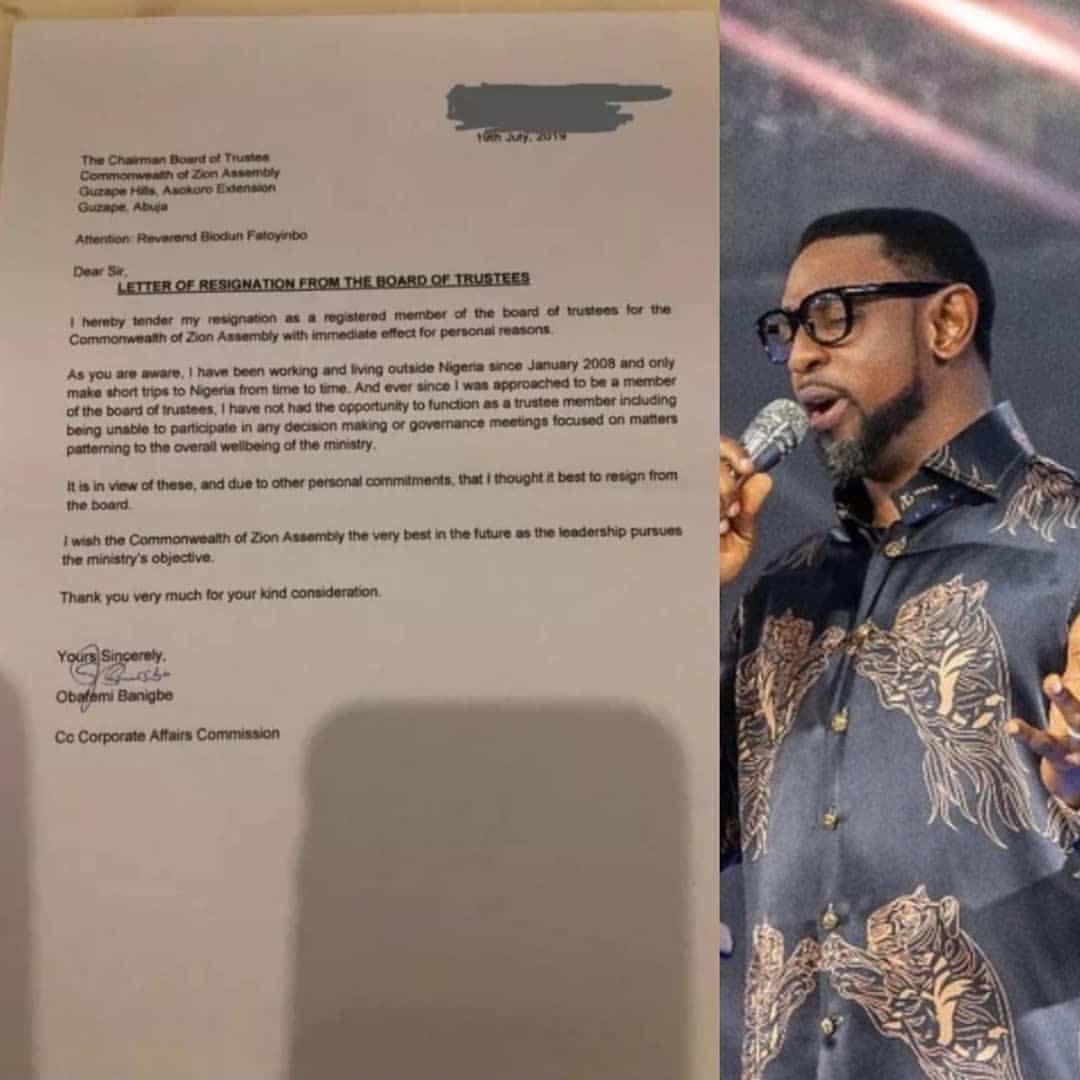 5m Nigerians Have Been Taken Out Of Poverty In The Last 3 Years: Oby Ezekwesili Disagrees With Buhari

Victor NdubuisiJuly 2, 2022
Another great offer for you