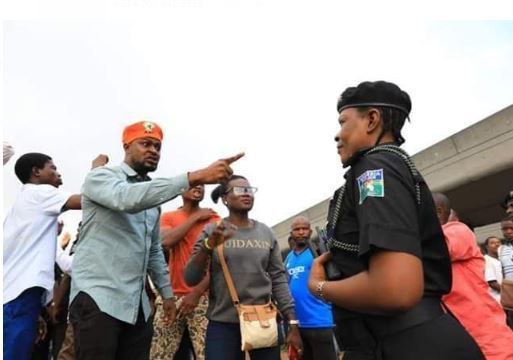 A team of policemen and soldiers have, Monday, dispersed some members of the Members of the RevolutionNow movement who had converged at the National Stadium, Surulere, Lagos

While some members, as seen below, seem to be going about their protest hitch-free, other protesters met with stiff resistance from the team of security operatives.

The protesters chanted solidarity songs and called for the release of Omoyele Sowore, the convener of the movement.

But the team of security operatives shot teargas at the protesters who had arrived the protest venue around 7 am on Monday. 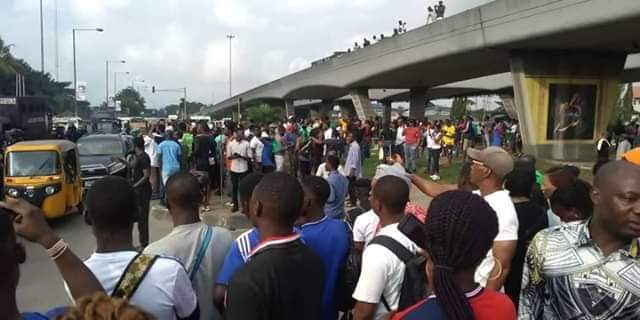 Sowore was arrested and whisked away by the Department of States Services, DSS, over the planned nationwide protest. He was later moved from DSS facility in Lagos to Abuja.

Sowore, Presidential candidate of the African Action Congress, AAC, in the February 23 Presidential election, was planning  series of protests, under the aegis of #Revolution Now against bad governance in the country, as a result of which he was arrested by operatives of the DSS in the early hours of Saturday, and subsequently moved from its facilities in Lagos to Abuja.

Meanwhile, the Presidency, in response to plans for a nationwide protest, has said that the only way to change the government in a democracy was through the electoral process.

The Presidency, in a statement signed by the Senior Special Assistant to the President on Media and Publicity, Mallam Garba Shehu, said that the government would always welcome peaceful protest by the citizenry to express their grievances, but noted that peaceful protest was different from incitement for revolution. 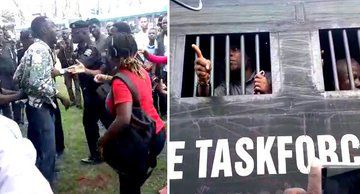