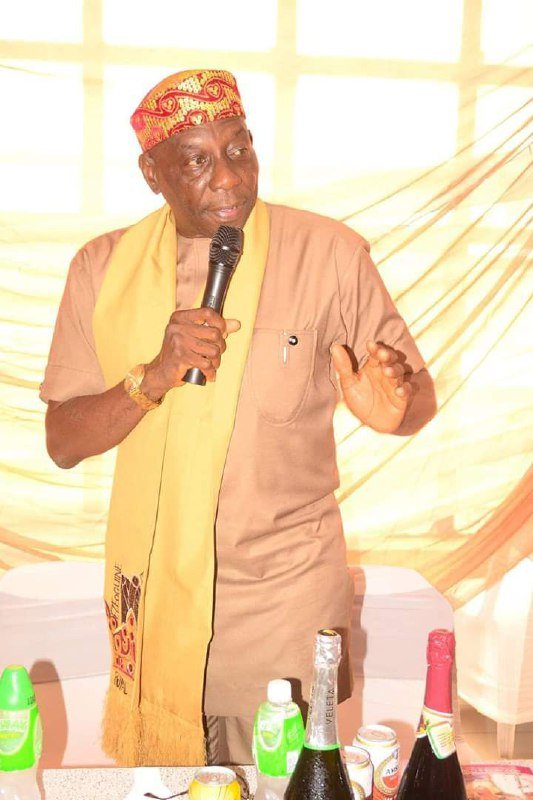 Following the death of Chief Ofili Nwosu, Anaedoonline will attempt to give a historical background of how he became the Traditional Prime Minister of Nnewi.

Following the controversy which several historical perspectives of Nnewi has been inundated with, we may have to stick with verifiable historical fact about the royal family of Nnewi.

Though still subject to controversy, His Royal Majesty, Ezeogunie was the 10th Monarch on the ancient throne of Nnewi. He married several wives as was the order of the day at that time. One of these wives was by name Nwakanwa, from Abubo Nnewichi. 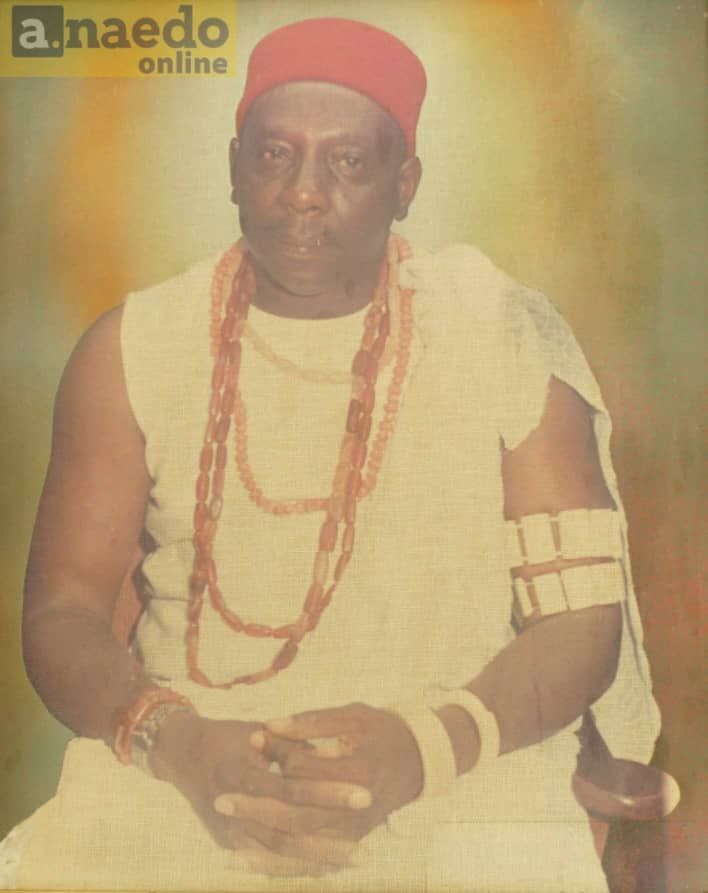 Eze Eenwe, the first son of Ekwegbalu was blessed with combined traits of his Father Eze Oguine and Mother Nwakanwa. He grew up as a fearless and an intelligent person both in war and human management. He was blessed with longevity genes of his father; he was an outstanding warrior and a diplomat. He joined his father in most wars that led to the establishment of control over twenty-five adjoining towns.

On account of his extraordinary performance both in war and intra family problems, their father rewarded him by elevating him to a second position in order of Hierarchy and Protocol within his kingdom. His prowess in wars earned him the rank/status of the Chief Commander of the Royal Army – “Ogbata Onuba Nnewi” which translates to “Traditional Prime Minister”

After the death of Eze Oguine, Eze Eenwe in his established position as next to the Monarch and Chief Commander of the Royal Army (Ogbata Onuba) continued with wars of pacification and expansion. It is not surprising therefore that his exploits in war earned him the title of “Onu-Ora” like his father signalled by wearing of “Ikponasato” on his left arm. He thus became the third in the dynasty to be addressed as “Onuora-Ora”

Eze Eenwe was succeeded by his eldest son, Eze Onyejemeni. His Ozo title name of Eze-Onyejemeni aptly summarized his person and what he was set to accomplish. He consolidated external wars not finished by his father as well as opening new frontiers in search of more land for the territorial expansion of the kingdom for the ever-growing Kindreds of the dynasty. 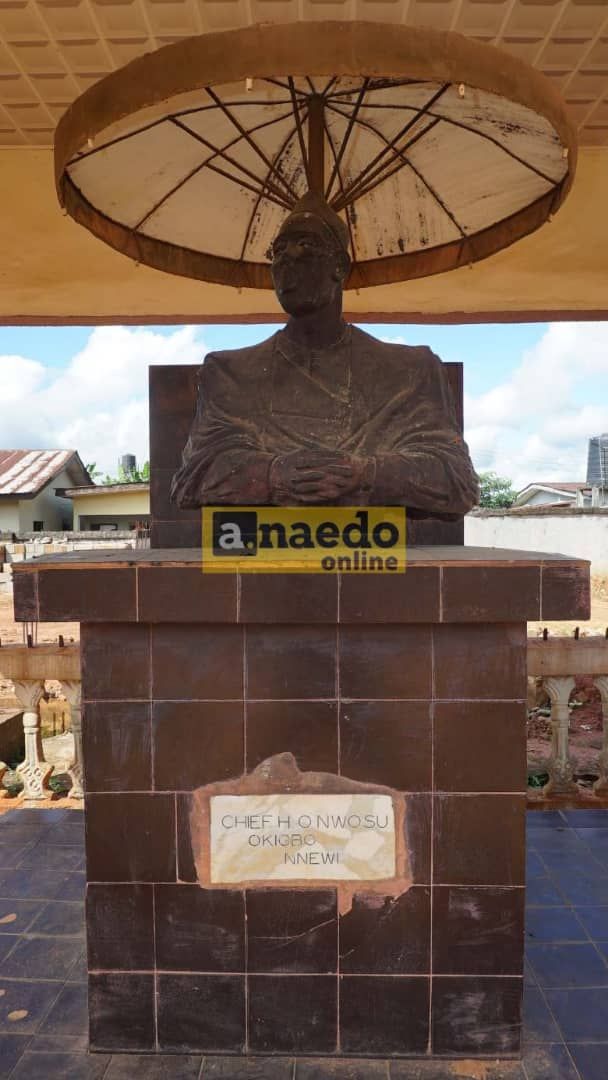 It was during the reign of Eze Onyejemeni that a group of representative of the Royal Niger Company led by one Ogana paid him a courtesy commercial visit with felicitations and proposal on opening of Trade ties with him from Hon. I.T Palmer – the Head of Royal Niger company group based in Sapele.

The visit eventually culminated in a trade treaty between Eze Onyejemeni and the Royal Niger Company. One of the remarkable developments of the treaty was that Eze Onyejemeni sent some of his sons to live in Asaba as Ambassadors to facilitate contacts and transportation of information and goods to and from space to Nnewi and vice versa.

It is also remarkable that it was under the leadership of Eze-Onyejemeni that the first Otolo-Uruagu war occurred. After four days of gruel fighting, the Abrams of Orofia hired by Uruagu leadership to assist them in the war aimed at annexing Nnewichi people confessed having not ever met such an outstanding army contingent that Eze – Onyejemeni raised. 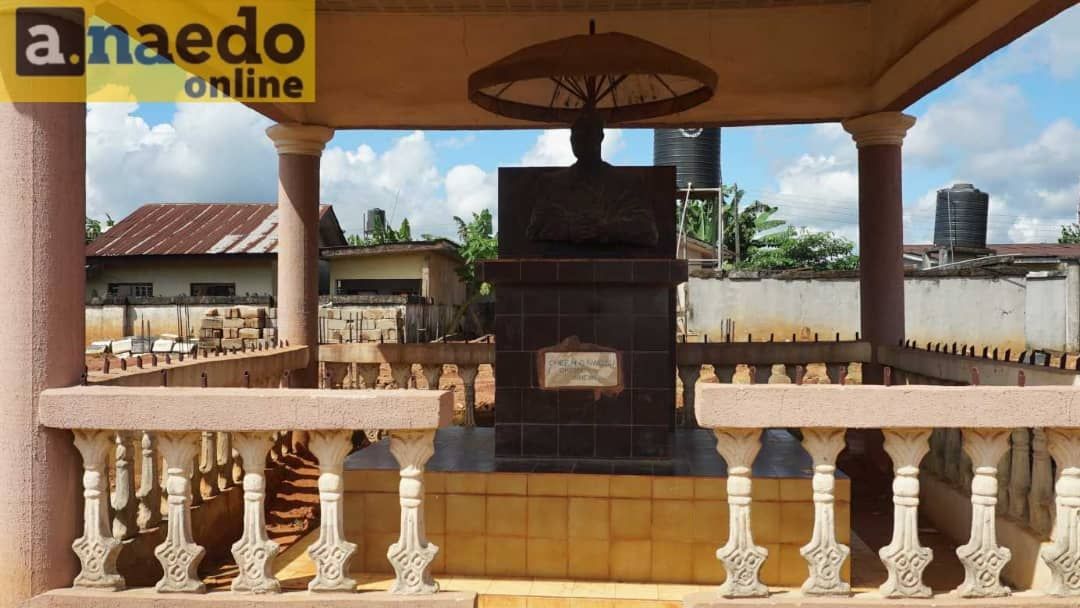 They, therefore, called for a truce and thereafter signed a pact with Eze-Onyejemeni for unification of their receptive armies in time of threat to either of them in the future. For this and his other war exploits, he also earned the title of “Onu-Ora” the fourth of Nnewi.

After the death of Eze-Onyejemeni, he was succeeded by his eldest son, Nwosu Mgboli Eze-Odumegwu. Mgboli was his mother’s name while Eze-Odumegwu was his Ozo name.

Eze-Odumegwu had so many children and 10 Brothers. Nwosu-Ezeodumegwu appeared to have inherited all the outstanding traits of his forefathers up to his father. Among his early undertakings was to tidy u

p wars that were not conclusive in his judgment, he re-opened the issues that led to first Otolo-Uruagu war which resulted in second Otolo-Uruagu war and which he decisively concluded to ensure that Nnewichi will never ever be threatened again.

He was also to bring to an end, Otolo-Awka-Etiti war. These wars among others earned him the title of Onu-Ora fifth of Nnewi and the entitlement to wear the identifying insignia – ‘Ikponasato’. With the wars nearly over he turned his attention to other burning issues of the time. The foremost among others is that it was the era of “Usuji-Egbe” and Major Morehouse leading the British Army Expeditionary force, who had signalled a visit to Nnewi.

Eze-Odumegwu was not found wanting, because the Monarch (Eze-Ugbonyimba) was a minor he took charge of the situation and everything went well beyond expectations. This excellent performance led to his being recognized as a Warrant Chief among others and appointment as a member of the Native Court Assessors with the concession to have his headgear on while sitting or presiding.

Eze-Odumegwu also found Favour and played major roles in welcoming the Missionaries into Nnewi. The C.M.S (Anglican) Mission who were the first to arrive as well as the Catholic Missionaries who came later were well received and quartered by being given expanse of lands to establish their Missions. 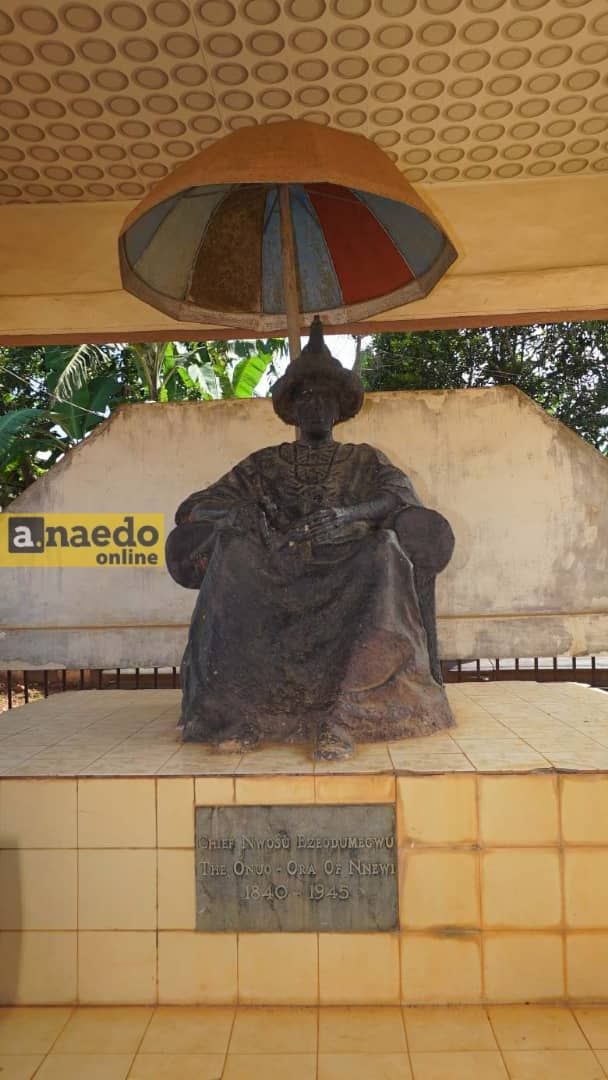 He was also a man of affluence as he and his cousin Eze-Ugbonyimba were the first two to own cars in Nnewi and adjoining towns. Their Sons were also among the earliest ones to leave the shores of Nigeria for the Golden Fleece abroad. His period was a turning point in Nnewi history and it was a period of renaissance in all aspect of its meaning for Nnewi and remains to be matched.

Nwosu Mgboli Eze-Odumegwu was succeeded by his eldest Son Henry Obiorah (Okigbo). A renowned interpreter whose duties took him as far as Awka, Enugu, Nsukka, Awgu etc – in those dark days in which powerful men were demi “gods” and visiting of strange lands outside ones homestead was regarded then as fraught with grave dangers.

His tenure was tenuous in view of acculturations and dichotomy resulting from the emerging western political influence and preserving the status quo.

Unlike his father, Okigbo used more of diplomacy for achievements than warfare as in the days of his forefathers and father. He effectively applied these rare qualities at the material time when he had to contend with and contain two internally and deliberately instigated schisms – the “Okpa Ebunu” saga and the ‘Duncan’s commission of inquiry’ by those whose sole purpose was to dislodge the family from its hard-fought established status and evident progressivism.

Okigbo’s reign was not as long as that of his father Eze-Odumegwu, but he left an indelible footprint on the stands of the time.

Okigbo was succeeded by his eldest son B. C. Nwosu widely known and called “Dikeanagbalizu”. A trained lawyer by profession, whose succession by the throne in 1967 terminated his magistracy career; retiring as a Chief Magistrate. Dikeanagbalizu had the singular advantage of succeeding his father having a good dossier of records left by his father who was articulate in keeping records.

He came to the throne during the Biafra-Nigeria civil war, during which period he was serving as His Excellency’s Representative to oversee the operation of the 11th Division of the Biafran Army stationed at Nnewi. After the war, he was very much engaged in mending broken fences resulting from the war and the after effects of the schisms referred to above; both within the kindred family and at Nnewi level.

How An Obi Or Diokpala Can Be Dethroned In Nnewi

As an astute crisis manager, he threw his weight into restoring peace within the monarchical Kingdom which was then severely divided. His success in this venture not only restored peace to Otolo whereby it regained its former ascendancy among the four quarters of Nnewi.

As an erudite scholar and a lawyer, he was an honorary consultant and adviser to many. As Ogbata Onuba, he left no stone unturned to rejuvenate and upgrade the image and status

of Nnewi Monarch which was his primary traditional responsibility. His reign like that of his Father was untimely terminated by death.

Dikeanagbalizu was succeeded by his second Son, Barrister Ofili Nwosu. Much younger than anyone who had ever sat on that throne he has been deploying to his advantage the experiences he gathered from his father’s short regin; as well as the availability of largely educated, versatile and experienced members of the kindred family, and also by virtue of having family restored to a great extent of its status before the schisms. His training and practice as a lawyer and experience as a serving lecturer at Federal Polytechnic Oko positively adds no small measure to his evident ability to keeping the throne as relevant as ever in the scheme of things in Nnewi, Anambra State and Nigeria in general.

Erosion Menace: Abia Govt Tells Residents What To Do

JAMB To Address Lack Of Admission For Candidates