Man Discovers He Married A Man Two Weeks After Marriage 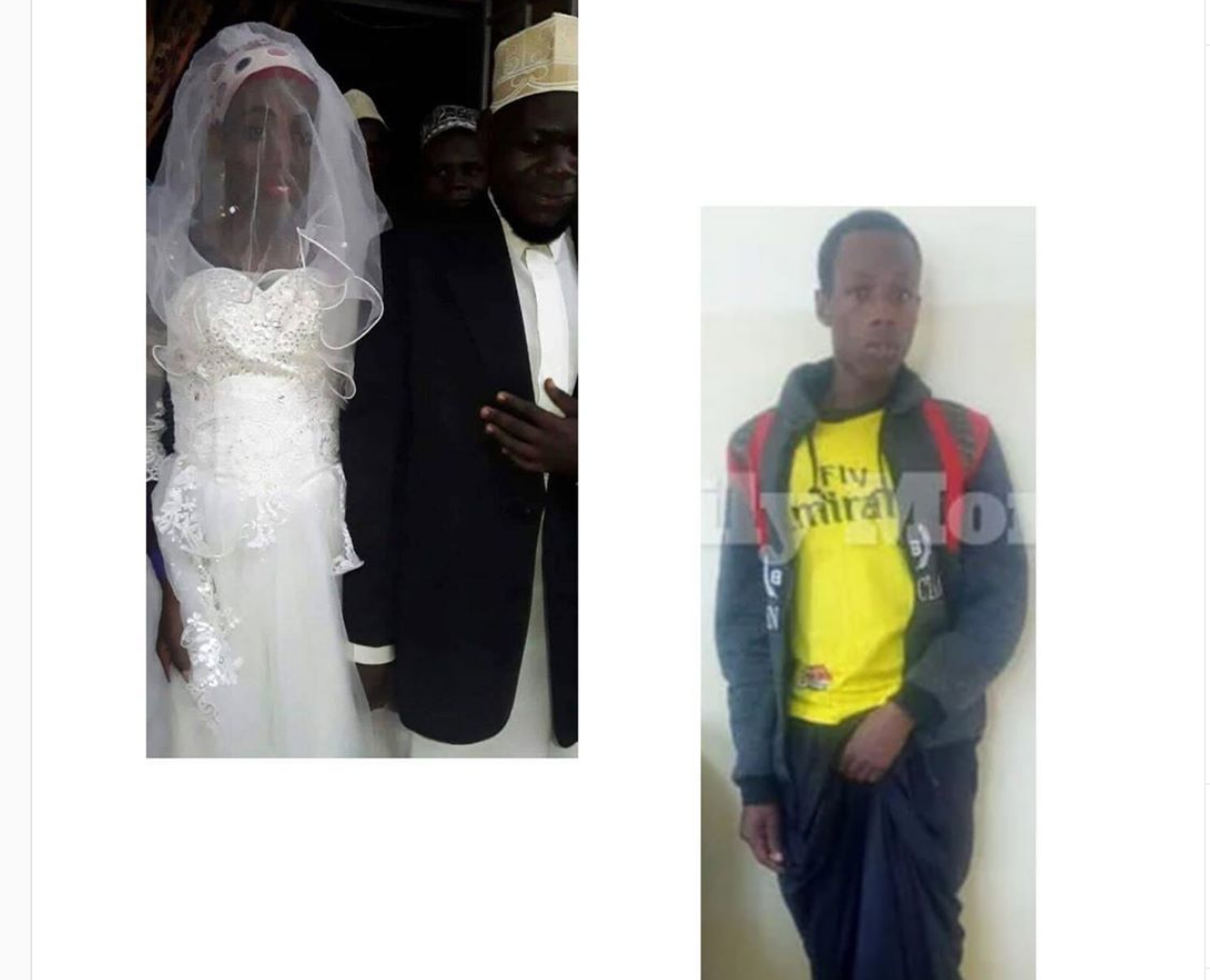 A respected Imam named Sheikh Mohammed Mutumba in Kayunga District, Uganda was left shocked after he discovered that Ms Nabukeera the woman he married barely two weeks turned out to be a man.

According to reports, he was said to have married the said wife, Ms Swabullah Nabukeera briefly after meeting in the mosque with no sexual intercourse.

Also, during the period of the two weeks long marriage, the supposed wife claimed to be menstruating and so there was no urge for sexual intercourse.

However, luck ran out of her when after one of their neighbours claimed he saw the newly wedded wife jumping over a wall to steal his television set and clothes.

The neighbour then reported at the police station before detectives were dispatched to arrest Ms Nabukeera.

Mr Mutumba rents a two-roomed house where they had been staying with Nabukeera. However, the wall that separates the two rental rooms did not reach the iron sheets. The neighbour reported the case at Kayunga Police Station before detectives were dispatched to arrest Ms Nabukeera.

READ ALSO: Wife Cries Out After Husband Sent Her Nudes To His Side Chick (Photo)

During interrogations, Nabukeera revealed that his real name is Richard Tumushabe and that he duped Mutumba to get his money.

He was charged with impersonation, theft and obtaining goods by false pretence. Nuuru Nabukeera, Tumushabe’s alleged aunt, was also arrested and admitted that Mutumba had paid dowry including two goats, two bags of sugar, a carton of salt and a Koran. She claimed that she did not know her ‘niece’ was male as she got to know him when he was already an adult.

There Should Be No War In Nigeria Again – Wole Soyinka