7 Strange Religions Around The World 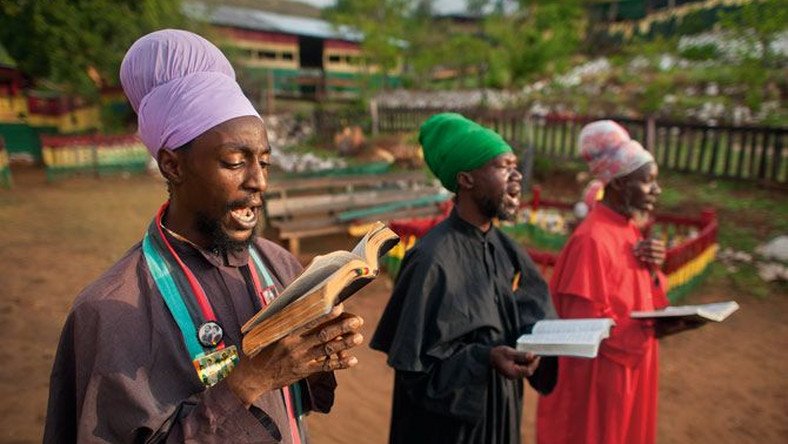 Religion is the belief in and worship of superhuman controlling power, especially a personal God or gods.

These practices sometimes may not conform with our expectations from a ‘religion’ but they succeed in fulfilling what is expected of a religion which is uniting people because of the belief that they may share.

Worshippers of Satan see themselves as spiritualists for whom Satan is an actual deity and a figure symbolising crisis of faith, individualism and free will.

Certain sects of this religion are notorious. For instance, the ‘Beasts of Satan’ committed murders in Italy between 1998-2004. The ‘Order of Nine Angels’ affirmed human sacrifice in (the 1960s).

The practice became more widespread with the establishment of the Church of Satan in 1966.

Rastafarians see themselves as the voice against oppressive colonialism.

The aims of the religious movement is to restore pride in African identity which suffered because of the forces of colonialism. They proclaim Zion as the original birthplace of mankind and reject ‘Babylon’ or the world of materialism.

The principles of Rastafarian lifestyle include ritual use of marijuana, avoiding alcohol and wearing one’s hair in dreadlocks.

This sect pray to the legend of football, Maradona. His fans started a religion for him in the year 1998 and has more than a million followers in more than sixty countries. The supporters of the Maradonian Church count the years since the football legend Maradona’s birth in 1960.

The Church of Scientology believes in answering questions of religion through science.

The Church of Scientology was established in 1954 by Ron Hubbard. The movement is seen as Man’s first effort to explain religion through science. The religion makes an attempt to restore the balance between Man’s knowledge of himself and Man’s knowledge of physical sciences which was disrupted because of the advancement of science in the 20th century.

Surprisingly enough this religion was inspired by George Lucas’s ‘Star Wars’. Judaism was founded by Daniel Jones and his brother Barney in 2008. The Jedis believe that the ‘Force’ is a reality, and that morality is an innate quality of human beings. The religion asks followers to beware of the dark side of this force which leads to fear which leads to hate and which in turn leads to suffering.

The spiritual organization states that it is dedicated to spreading the teachings of advanced extraterrestrial intelligence. The adherents claim that spiritual energy is like electricity and psychic healing energy can be stored in ” Spiritual Energy Batteries “. The motto of the society is ” Service is the jewel in the rock of attainment.”

The adherents of this faith believe it is a religion. Vampirism is derived largely from the depiction of vampires in popular culture especially Bram Stoker’s ‘Dracula’ (1897).

Coronavirus: Nigeria Is Fully Prepared For It – Health Minister

EPL: Arsenal And Man United Set For A Fierce Rival Battle At...