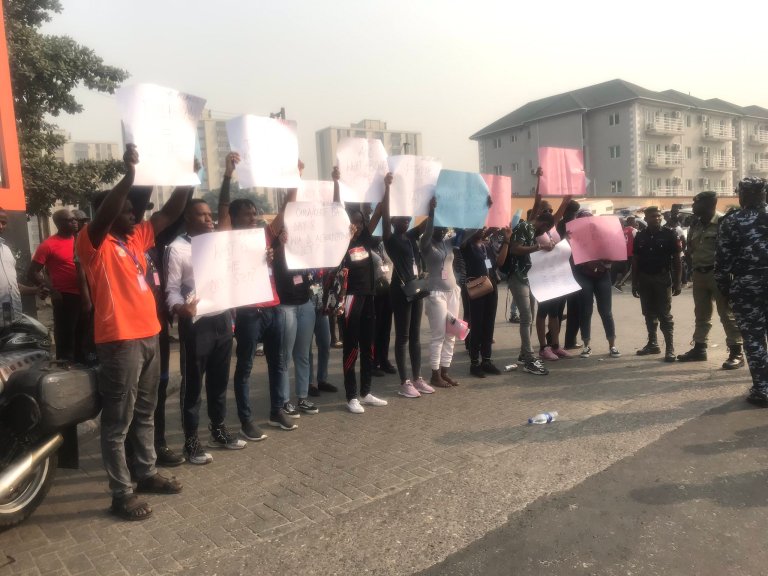 A group of people have stormed the Lagos City Marathon finish line at Eko Atlantic, to protest the restriction of motorcycles and tricycles also known as Okada and Napep in some local government areas and expressways in the state by the Lagos State government. 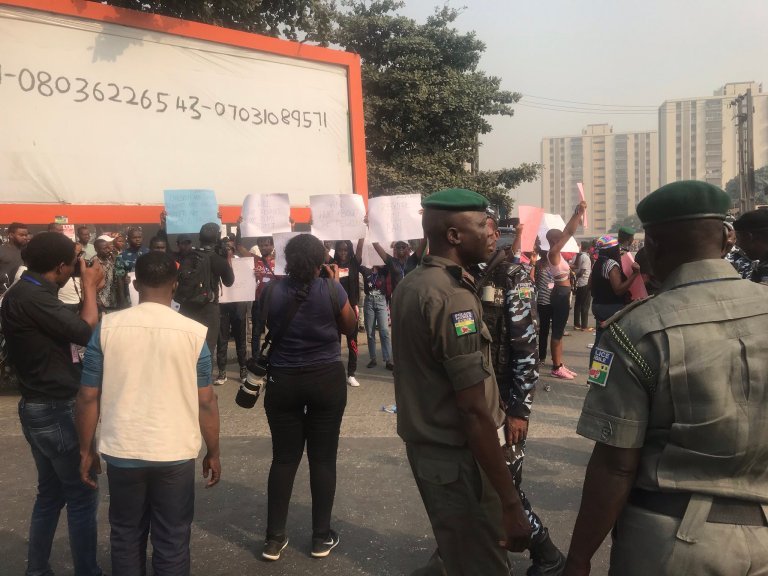 The peaceful protest tagged OccupyLagos was staged at the entrance of the Eko Atlantic City, with the protesters carrying placards with deferent messages directed to the state government.

The purpose of the protest is to get the government to reverse the restrictions on the operations of commercial motorcycles and auto-rickshaws in those restricted areas in the state.

Some of the protesters who are workers lamented that the restriction has affected them as they now get to work late, while some said the Okada and Napep are the only source of their income. 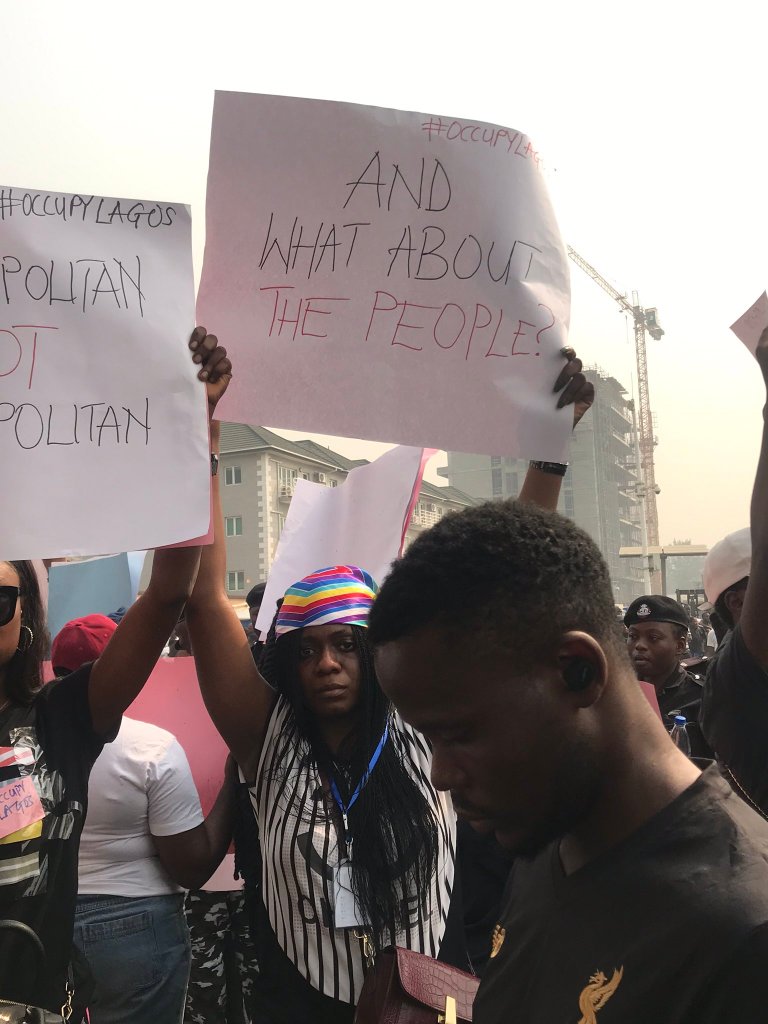 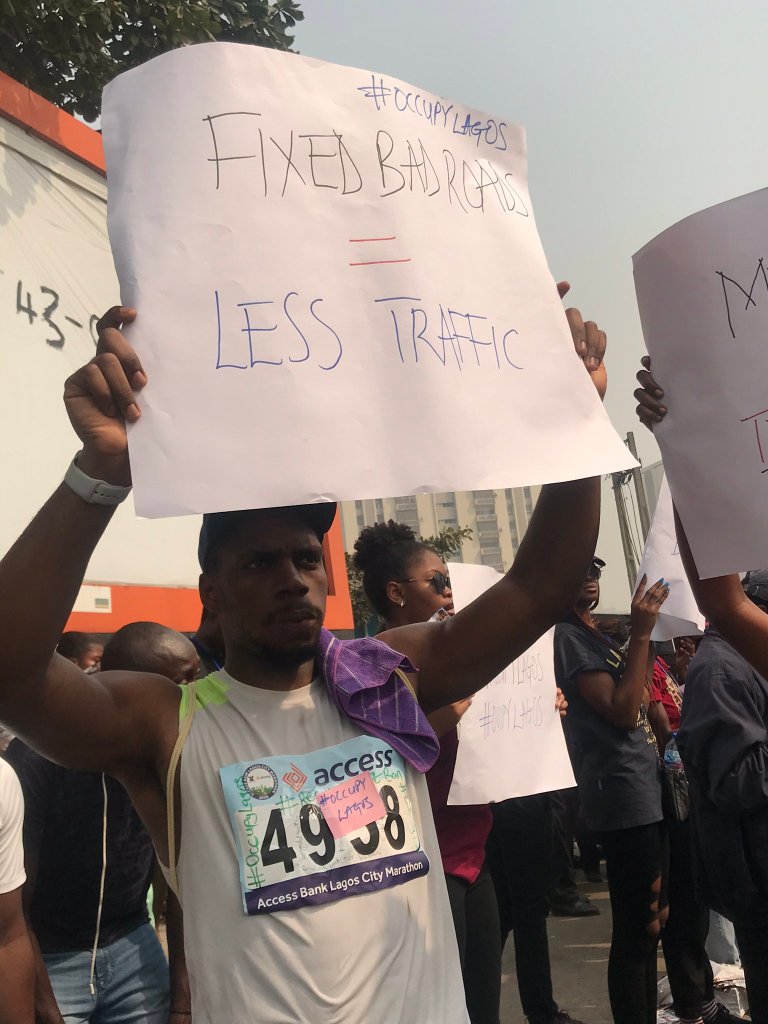