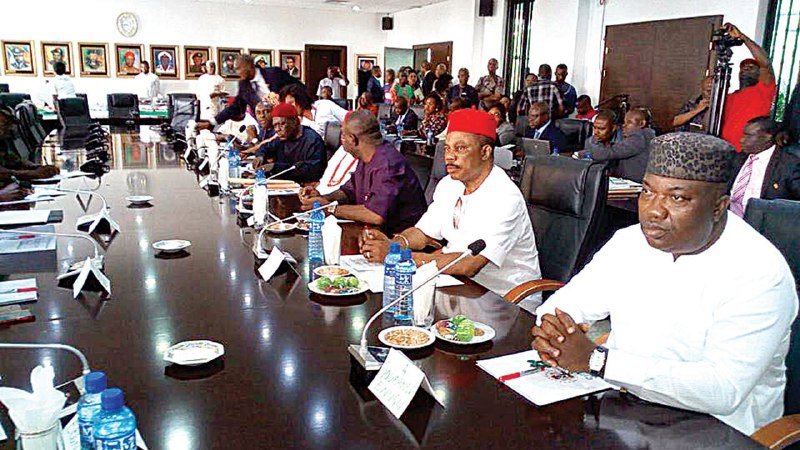 Governors of the South-East states have disclosed that they will soon name their own regional security outfit which its process started last year.

They also disclosed that the State Houses of Assembly in the zone were in the verge of passing laws that will give the outfit legal backing. 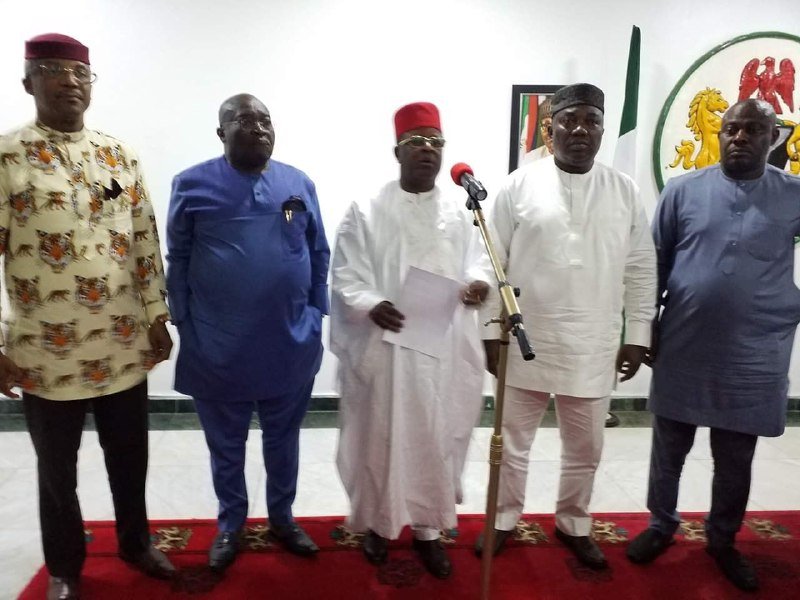 The Governors said they had notified the federal government about their plans and will follow it up with details of the joint security outfit.

The Governors made the disclosure on Sunday when the South-East Governors Forum met in Enugu.

In its communique read by Chairman of the Forum and Governor of Ebonyi State, Chief Dave Umahi, the Governors also reteriated March 31 as the date for reopening of the Akanu Ibaim International Airport Enugu to commercial activities.

They expressed satisfaction and commended President Mohammadu Buhari for his attention and release of funds for the airport rehabilitation, second Niger bridge construction and rehabilitation of other federal highways in the zone.

On the issue of insecurity, Governor Umahi said the forum had been inundated with questions on the region’s plans after the South West unveiled Amotekun, stating that the zone was not in competition with other regions.

“Forum took a briefing from chairman of the zonal joint security Committee and are satisfied with all the arrangement that will lead to South East State Houses of Assembly to enact a law to back up the zonal Security programme with a name to the outfit.”

The Governors also agreed to commence construction of Ring road to connect South East and South-South zones in view of the progress being made in Enyimba Economic City.

Senator Abaribe Is On Course With His Call For Pres. Buhari Resignation