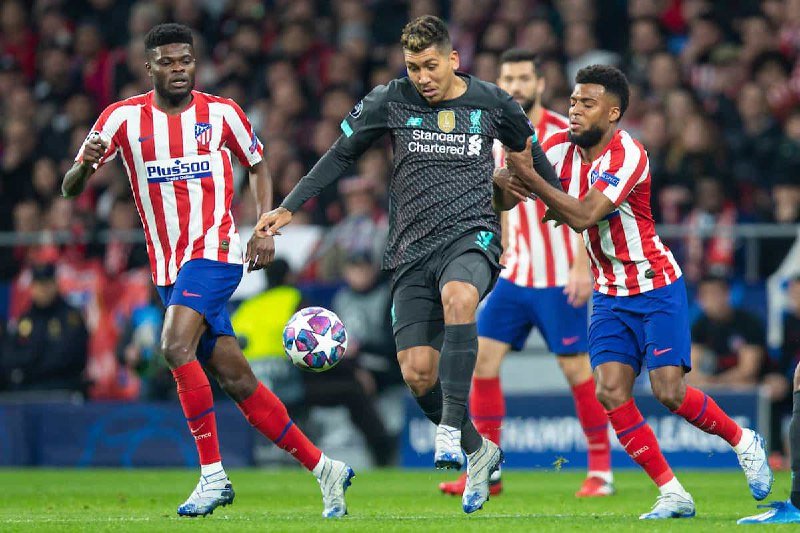 Defending Champions, Liverpool suffered a 1-0 defeat in the hands of Atletico Madrid in the first leg of their Champions League round of 16.

Liverpool came into the game with an intimidating record of unbeaten run in Premier League, with Atletico’s series of poor runs in La Liga. But the host shocked the visitor with an early goal on four minutes.

Saul scored from the corner kick. The ball slipped through the box to Saul and he slotted it past the goalkeeper.

READ ALSO: ‘I Will Be A Failure If I Don’t Win Champions League For Man City’ – Guardiola

There was an anxious moment as VAR decided to scrutinise the goal again. Referee Szymon Marciniak signalled that there was no offside and the goal stood, sending Atletico Madrid players into celebration.

On 27th minute, Alisson could hear the fans clapping for his superb goalkeeping after he magnificently stopped the close-range effort from Alvaro Morata. The ball would have probably ended up in the middle of the net.

Mohamed Salah, on 35th minute had a great touch on the ball, as he controlled a fine pass into the box and took a shot towards the roof of the net, but an opposing player made a clearance.

Salah also squandered a huge opportunity on 53 minutes as he latched on to a perfect cross from the wing. He produced a bullet header from around the penalty spot which went just wide off the left post.

Next Ballon d’Or Winner: Xavi Picks Who Will Take Over From Messi And Ronaldo

In the other game that was also played on Tuesday night, Borussia Dortmund beat Paris Saint-Germain (PSG) 2-1.

Trending: My Dear Daughter, Don’t Marry A Man Who Has No Job – Pastor Adeboye

Just In: Only Buhari Can Decide When Borders Are To Be Reopened – NIS CG