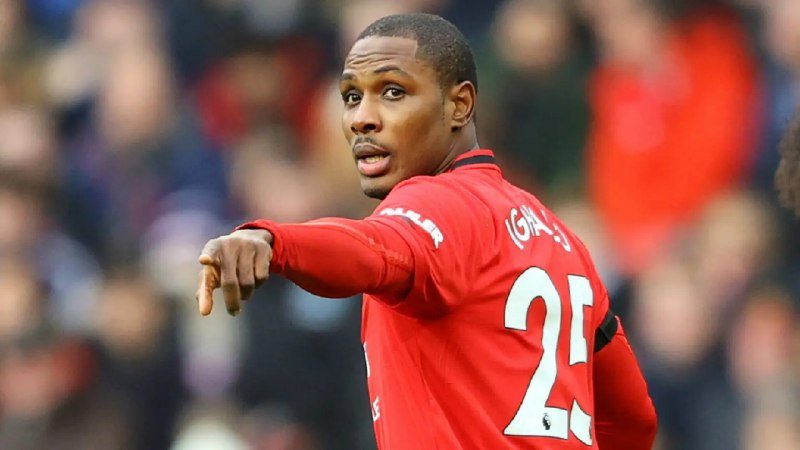 The deal will see Ighalo who is currently on loan at Manchester United, earn around £400,000 per week.

The 30-year-old joined the Old Trafford club in January, after Marcus Rashford suffered a back injury.

He has gone on to become a favourite with United fans in a short time, scoring four times in three starts for the Red Devils.

It is believed that United are looking at extending his loan period which ends in June or even sign him permanently.

It however remains to be seen if Ighalo will be tempted by Shanghai’s bid to keep him at the Chinese Super League club.

Anaedoonline reported that Ighalo moved to Old Trafford from Shanghai Shenhua on a six-month deal in January.

Since his arrival, the Nigerian striker has netted four goals in eight appearances in all competitions.

The 30-year-old’s impressive performances have led to calls for United to keep him beyond this season.

Ighalo himself is ready to make a financial sacrifice to ensure it happens, as he would be willing to take half of the £240,000-a-week pay he was on in China, in order to complete a transfer move to his boyhood club.

Odion Ighalo revealed that he took a pay cut to ensure his move to Manchester United happened.

The Nigerian striker will play for the Red Devils until the end of the season, after agreeing a six-month loan.

It is a dream come true for Ighalo, who supported United as a child growing up in Ajegunle, Lagos and he was not ready to allow money stand in the way.

The 30-year-old also promised to give his best for the Premier League side.

“I’m happy to be a Man United player, I’m looking forward to the game and I promise to give my best from the first day I put on the jersey to the last day of my time here.

“I promise to add my own path to make sure the season finishes well for United,” Ighalo added.