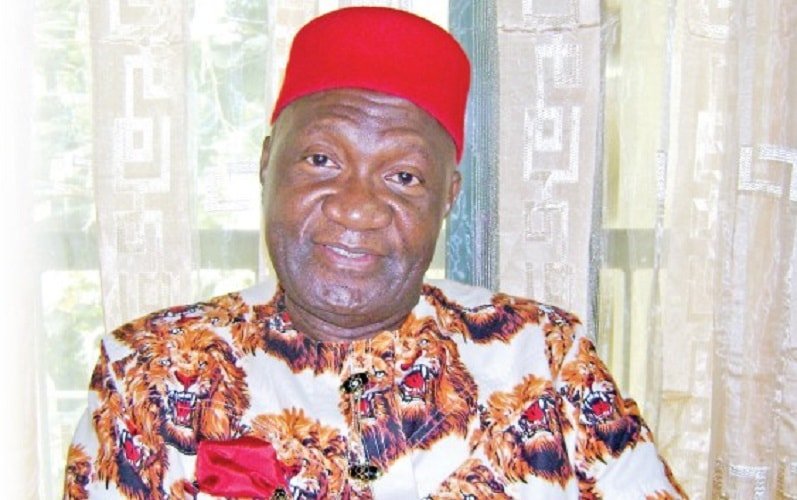 In a statement by his Special Adviser on Media and Publicity, Chief Emeka Attamah, the President General decried the recent gruesome massacre of the people of Hura hamlet of Maiyanga village in Kwall District, Miango Chiefdom in Bassa Local Government Area of Plateau State, mostly children and a pregnant mother.

Nwodo said the wanton killing of defenceless Nigerians by suspected herdsmen was despicable, condemnable and harrowing.

He wondered how persons who lay claim to humanity can unleash such havoc on fellow human beings at a time all humanity are geared towards halting the march of the devastating Coronavirus pandemic ravaging the world.

Nwodo frowned at the insensivity of the Federal Government to the plight of the people of Plateau State whose decimation by these marauders over years far outstrips victims of Lassa Fever and Convid-19 put together in the country.

The President General described as hypocritical the unprecedented attention being given to the Covid-19 scourge by the Federal Government which has looked the other way as her citizens are slaughtered, maimed, raped and made homeless in their numbers by hudlums it could have caged if it wanted to.

Nwodo observed that the palpable silence of government over the uncountable aggressions of suspected herdsmen and the stripping of Nigerians of all forms of self defense just before the onslaught started tends to give verve to the conspiracy theory making the rounds in the country.

The President General challenged the Federal Government to debunk this impression by being as pragmatic in the physical protection of the people of the people, irrespective of tribe, with the same vehemence and spontaneity it is approaching the Convid-19 pandemic or leave room again for speculations that the humongous amount being doled out for it is to favour a few people and not the entire country.

Nwodo commiserated with the government and people of Plateau State who lost their loved ones in the attacks over the years and urged them not to lose faith in God and to know that their scourge will come to an end in the fullness of time.

He called on the Federal Government to extend the palliative of NEMA and other agencies to victims of suspected herdsmen attacks throughout the country who have joined the flock of Internally Displaced Persons in the country.

6 Mistakes You MUST Make To Be Successful In Life