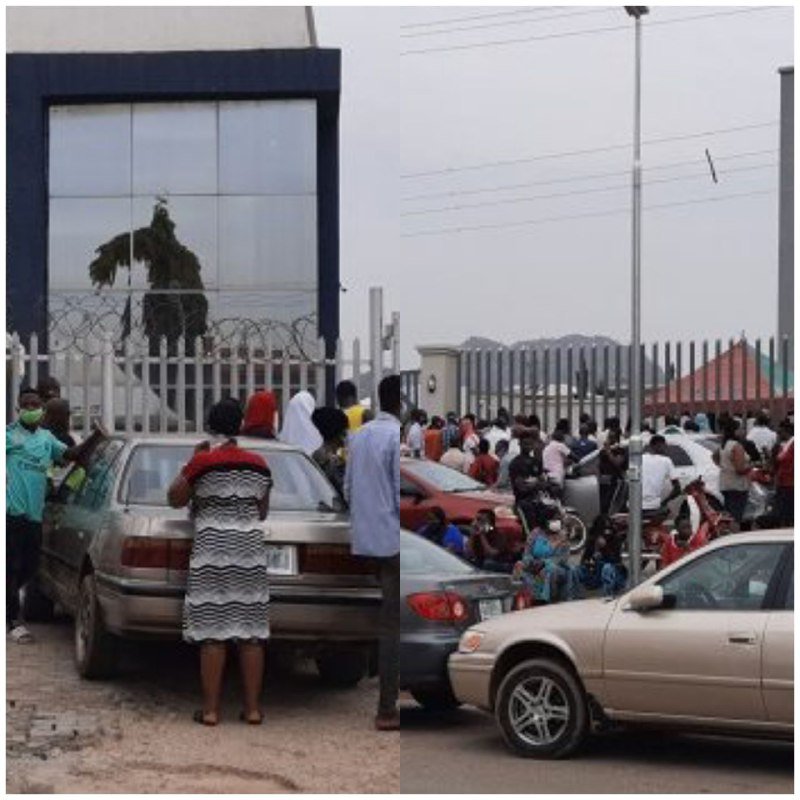 An increase in the numbers of confirmed cases of COVID-19 in the Federal Capital Territory (FCT) may shoot up as the social distancing directive of the government is being violated as banks resume operations in the Capital Territory.

Banks in the FCT, Lagos and Ogun were shut down for over one month following the lockdown directive of President Muhammadu Buhari in an effort to curb the spread of COVID-19.

On 27th March, President Buhari announced that the lockdown would be eased on Monday 4th April which allowed banks and some selected businesses to open in the FCT, Lagos, and Ogun state.

The FCT administration announced that social distancing and wearing of face mask would be compulsory for every person as part of the conditions for easing lockdown.

When Newsmen visited some banks in Kubwa (a satellite town in FCT), it observed that the place was crowded with complete violation of the social distancing directive.

The most crowded banks which Tribune Online visited were Access Bank at Phase 4 and First Bank in P/W.

Meanwhile, the Nigerian Police had restricted motorcyclists from operating in the Satellite town, while tricycles were restricted from carrying more than 3 passengers including the driver.