Three Things Nigeria Must Focus On After COVID-19 Lockdown 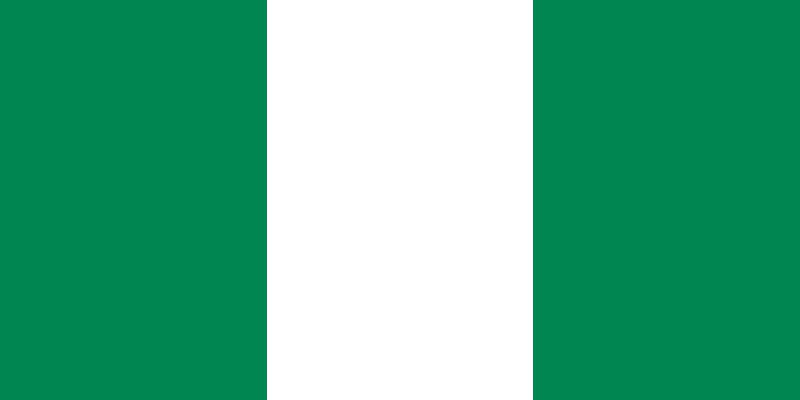 It is now obvious that the next revolution in Nigeria would not be coming from members of Nnamdi Kanu’s Indigenous People of Biafra (IPOB).

While it is true that members of the IPOB have been most vocal in denouncing and rejecting everything Nigeria stands for, they are indeed not the biggest victim of calamity the country represents for majority of its population.

To be clear, Nnamdi Kanu and members of his group are not the only ones working for the unravelling of Nigeria as presently constituted. As earlier said, the IPOB clan has gained the upper hand in the propaganda war against Nigeria through a very deadly deployment of modern tools of communication especially the radio and social media tools.

However, we have also heard critical comments about Nigeria and everything it stands for from men whose fathers fought in the trenches to keep the country one. Omoyele Sowore, Femi Fani-Kayode, Shehu Sani, Mathew Hassan-Kukah and several others have had cause to speak openly against the way Nigeria is being run, especially under the Muhammadu Buhari presidency.

They believe the country is wrongly structured and offered proofs to buttress their claims of an elite conspiracy designed to keep the immense wealth of the country restricted to just a few hands.

If you visit the pubs, newspaper stands and wherever it is Nigerians gather to talk freely about the state of affairs in Nigeria; you are very unlikely to see many people speaking up in favour of their country. A friend recently told me that 75% of Nigerians hate Nigeria.

Perhaps we can question his statistics and how he came about his figures; what is however not in doubt is that too many Nigerians do not see the benefits of identifying with Nigeria. They see Nigeria as synonymous with failures, heartbreaks, corruption and frustration. These are not attributes anyone wants to be involved with.

It is often assumed that the northerners, especially the Hausa-Fulanis are the biggest beneficiaries of the current dysfunction in Nigeria. Matter of fact, many speculate that the country has deliberately been structured to be this lopsided to the continuous advantage of the north.

I agree that it is clear economic injustice for Kano state to benefit from VAT revenue paid by alcohol beverage companies in Lagos while destroying retail outlets that sell beer in the state.

It makes no sense for the governor of Adamawa to sit back in his state, make no efforts at attracting investments into his state and by the 15th of every month, his finance team joins the FAAC meeting in Abuja where revenue proceeds from taxes paid by companies attracted through a combination of smart and savvy economic and financial policy mix by the Anambra state government.

The north contributes very little to the nation’s revenue base but the current Nigerian system permits them a disproportionate share of our national earnings. That is unfair to say the least. The Niger Delta region for example contributes about 75% of our foreign revenue earnings; companies in Lagos are responsible for over 50% of VAT income while other companies across other parts of southern Nigeria account for more than 35%.

But when it comes to the sharing of monthly revenue proceeds, you see Kano for example, earning far and above Lagos which contributes multiple times over what Kano brings to the purse.

The contribution from states like Jigawa, Yobe, Bauchi and Taraba are almost next to nothing and yet, these states earn more revenue than most southern states that make significant contribution to the national treasury. Using a combination of false census figures and unprofitable landmass, the military administrators (mostly northerners) created an unsustainable fiscal structure in Nigeria which placed the north at great advantage.

The other side of the story

The problem however is not in the amount of revenue that accrues to the north; it is in the sum that trickles to the people. Hundreds of billions naira flows into the public accounts of the northern states.

Greater percentage of those who have ruled Nigeria since 1960 are northerners, under the Buhari administration, majority of the most important government positions- especially ones that are concerned with revenue generation and management are headed by northerners and from experience, it has been established that concepts such as accountability and transparency in the management of public finances are alien to northern bureaucrats.

Funds are spent in these establishments without appropriation and the relevant guidelines for the management of public revenue are tossed aside for rule of thumb. In the estimation of much of the political office holders from the northern part of the country, public revenues belong to no one and everyone is entitled to grab as much as his position permits him.

It is the perception that Nigeria is a jungle where you are entitled to grab (steal actually) as much as you can that drives the desperation for public offices. The presidency is the epicentre of power and so much desperation is deployed to “grabbing” it. The operational dictum is: miss out on the presidency and lose out on everything.

It was this body language that sired the charged and vicious atmosphere in the weeks leading to the 2015 general elections. Thankfully, Buhari won and it was perhaps time to reward those who fought and killed in his name after he lost out in 2011 presidential election- the millions of downtrodden across northern Nigeria who have been economically frustrated by the scheming of the corrupt and selfish elites.

Sadly, after nearly five years after Muhammadu Buhari became president, not much has changed for the average northerner. The northern states are still filled with tens of millions of illiterates, poverty pulverised masses and a people who generally exist at sub-human levels. In addition to the problems that plagued the region before the coming of the Buhari administration, the region now finds itself severally plagued by economic and social uncertainties that threaten its survival.

The Boko Haram terrorist group has overrun the entirety of north east and many have since abandoned their homelands. Other criminal groups including the dreaded Fulani herdsmen have taken over the highways of the North West and Central regions and commuters can no longer be sure they would arrive their destinations in one piece.

Curiously, Buhari who was elected “as a general” to fight the security threats appear helpless and unperturbed as tensions escalates and residents now live in fear of the unknown.
The governors and other political leaders are no better

To be clear, Buhari’s failures as president are not the only affliction plaguing northern Nigeria. Other political leaders in the region including governors, representatives at national and state assemblies and local council chairmen where they exist have all been abysmal.

Rather than deploy the enormous resources which accrue to the region unjustly from the famous “national cake” to birth holistic social, human and economic development in the region, they spend most times in fancy hotels in Abuja in the company of women of easy virtue, fly to Dubai and other parts of the world in pursuit of vanities and return to their states occasionally to “show face” and disappear again.

It is rare to see a political leader in the north who is sincerely committed to uplifting the socio-economic fortunes of the region. A few may point to the Kaduna state governor as a worthy leader but this same set of people will keep quiet when you seek to probe the worsening security challenges in the state which has led to the killing of thousands of people while the governor who should be the chief security officer of the state watches helpless.

Of what use are a few kilometres of urban roads in Kaduna metropolis when humans are being killed like flies in several parts of the state by terrorist elements whom the governor appear unwilling to bring to account?

There will also be many others who will tell you that Umar Ganduje of Kano state is building flyovers and interchanges in the state but say nothing about the shameful incidence where the governor was caught on tape stashing dollar bills in his pockets, ostensibly proceeds from corrupt deals. Truth is: there are too many greedy, corrupt and insensitive leaders across the states in the north.

Let’s quickly balance something before we summarise: things are not better in southern Nigeria. In Abia for instance, thousands of civil servants have not been paid for more than months. The pensioners are owned for more than 25 months. We are talking of salaries and pensions here, not any special allowance.

Pray, is Okezie Ikpeazu who is a Ph. D really better, leadership-wise than a Muhammadu Buhari who apparently does not possess a secondary school certificate?

Many would answer in the negative. In Enugu state, there are more billboards in urban centres praising the governor than you will find true evidence of governance in the state. Owerri the Imo state capital does not look better than a 16th century medieval town in Europe and yet, this state has received trillions from several revenue sources over the past 21 years. Where does the money go?

If you go to the Niger Delta, you will be shocked that this is a region that account for more than 70% of revenue that accrues to the federation’s account. Do not be quick to blame the Hausa-Fulani led federal government for the development crises in the Niger Delta.

Successive state governors in the region have ruled more like emperors, pillaging the public resources of the state than they have paid any attention to the development of their states. If the likes of Rotimi Amechi, Peter Odili, Obong Victor Attah, James Ibori, Emma Uduaghan, Gabriel Ingbinedion, Godswill Akpabio and Adams Oshiomhole had been the kind of leaders who led Europe and America over the years, mankind would have remained in perpetual darkness.

In the South West, things have not gone as good as the masses were told when they lined the streets to demand the return of democracy. Whether by design or happenstance, it is strange that voters in the region speculated to be the most educated and enlightened across Nigeria have managed to be no better at electing quality leaders to superintend the affairs of the region.

Bola Tinubu, Adebayo Alao Akala, Gbenga Daniel, Adeola Ajimobi, Ayo Fayose, Rauf Aregbesola, and all the other jokers who have managed the affairs of the region as governors in the last 21 years are not exactly the quality of men who brought Singapore, Malaysia and Indonesia to where they are today.

Poverty still stalks the region, millions of graduates across the land are without jobs and for several families, the real daily battle is about food. These are elementary problems creative leaders ought to have solved within ten years or less.

Sadly, in the second decade of the 21st century, hundreds of youths still break into homes and shops stealing food and beverages. Certainly not a great credit to the foundation of intellectualism laid in the region by the forefathers.

Relief Material Worth Millions Donated To NAUTH By Peter Obi

[…] The deputy chief of staff the state governor Abdullahi Binuyo disclosed that the illegal miners had also polluted the Osun River with poisonous metal making it unsafe for consumption. […]

[…] Olasumbo said he accepted the challenge of Governor Akeredolu on the use of herbs to cure COVID-19 and all its symptoms as he has developed a possible cure of COVID-19. […]