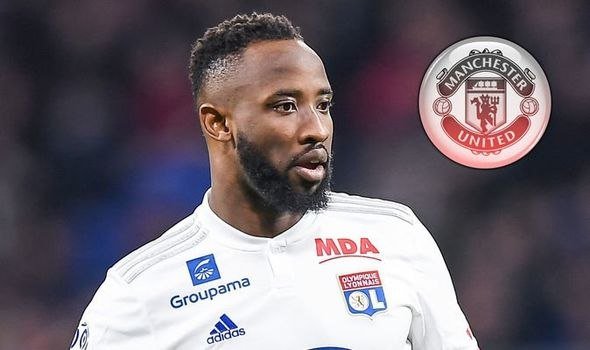 French and Lyon striker Moussa Dembele could be on his way to the English Premiere League as Manchester United agrees £90million move to old Trafford.

Manchester United have been linked with Moussa Dembele for a very long time and the latest reports seem positive for the Red Devils.

Manchester United boss Ole Gunnar Solskjaer has Lyon star Moussa Dembele on a list of three striker transfer targets, reports say. The France international would find a move to Old Trafford tough to turn down should the Red Devils come calling. But he’s not the only player on the club’s radar.
According to Manchester Evening News, the French striker could leave Lyon in the summer transfer window and he would find it hard to reject a move to Old Trafford.

Football activities have been on suspension all over the world because of the on-going coronavirus pandemic, with thousands of people already dead and many still hospitalized.

Anaedoonline.com, reported that the former Championship player is keen on joining the Red Devils. Not so long ago, Sky Sports’ Kaveh Solhekol also claimed that Dembele’s dream would be to play for Manchester United in the Champions League.

It will be recalled that after the decision taken by Ligue 1 to end the campaign, Lyon had finished 7th in the table, which means they will not be taking part in any sort of European football (next term) for the first time since 1997.

It must also be taken into consideration that United was 5th in the table when the season was suspended and if it is canceled, then the Red Devils will once again miss out on Champions League football.

The latest update provided by the Premier League is that all the clubs want to complete the remaining fixtures.

Why I Didn’t Marry My Ex …… – Nigerian Man Narrates