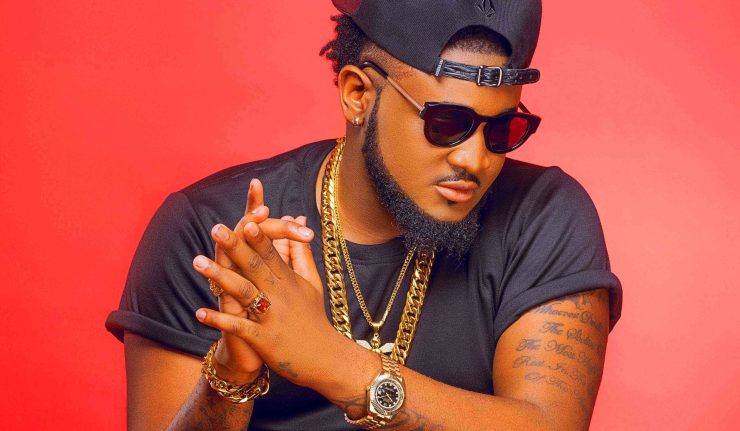 Ceeza Milli is one of the three guys Wizkid featured in the party banger “Soco”. He is one of the music stars that have the potential to rock the industry in a few years to come. How much of the artiste named Ifeanyi Charles Bosah do you know? Here are five facts about the star.

As has become a quiet norm with Nigerian music, Ceeza Milli has tasted the Ghanaian musical soil before. This connection comes from his university days in Ghana. Although he had become singing at a tender age, it was in Ghana that he first got the sense of going professional with his act. Ceeza Milli is one of a couple of artistes with such connection from Nigeria.

Mr Eazi is perhaps the most famous Nigerian that has been hugely influenced by Ghanaian music landscape. Born in Ahoada, Rivers State, Mr Eazi, like Ceeza Milli was in Ghana for his tertiary education. Mr Eazi was first a producer and a promotor before venturing into the studio proper with his debut song “Skin Tight”. Eazi prides himself as the creator of Banku Music, which he describes as “Ghanaian bounces, Ghanaian highlife, Nigerian chord progressions, and Nigerian patterns.” In 2017, the star drew a backlash from Social Media when he tweeted that Ghana music has a heavy influence on Nigerian music.

Another notable Nigerian artiste with Ghanaian connection is Runtown whose biggest hit “Mad Over You” romanticized Ghanaian beauty and culture.

While you are here, see: The Revolution Of High Life Music In Igboland(Opens in a new browser tab)

“Yapa” is the first single Ceeza Milli has with his record label. The artist has another song “Sabi” under this label featuring Port Harcourt first son Duncan Mighty. It is on record that despite his prospects, Milli has had more success being a featured artist than on his own. His collaboration with Mut4y and Wizkid in “Commando” while not a super success still outweighs every of the star’s main efforts.

3. He started from the choir

Like many musicians today, Milli’s first taste of the rudiments of music was in the church as a choir boy. His singing didn’t just end in the church as he also participated in music groups in high school. If the choir kept their talents in the church, the likes of Banky W, Omawumi, Wande Coal, Seyi Shay and Iyanya would be singing gospel music today. They have gone mainstream.

While many first heard of the name Ceeza Milli in 2018 after he wowed the globe alongside Wizkid and Spotless Miles and Terri Ryn, the fact speaks of an earlier time in the music industry. And he wasn’t just a fixture in some quiet corner of the industry; he was known, well-known, internationally known. Not only did he feature Sarkodie, the Ghanaian superstar in his song “Stamina”, he made music for Legendury Beats which got him the attention of Afrobeat fans in the United Kingdom.

Ceeza Milli’s recognition has not amounted to commercial success in heavy proportions. His song rotate wallows at less than 50 thousand views on Youtube. This, however, does not remove from the fact that the star is not a novice in the music scene as he has international credit.

5. Ceeza Milli has an impressive discography.

Besides his well-known songs like “Rotate”, “Confidential Love”, “Sabi” and “Yaba”, the artist has a long list of songs to his name if not solo in collaboration with other stars. Some of these songs include Dnyra’s collabo with him on “Business or Pleasure”, Legendury Beatz’s “Love at First Sight” and “Yetunde”. Others include his “Caribbean Girl” with Teejhay and DJ Nani “Baba Tu” in which he was featured alongside L.A.X, his and Olamide’s “Who U epp?”, Drey Beatz’s “Party drop” featuring Ketchup, Blaq Prince and himself, “Kiss & Tell” by the group of L.A.X, LK Kuddy, Drey Beatz, Dice Ailes and Ceeza Millli; “Wavy” by a collaboration of Wizzypro, Ichaba, The Magic and Ceeza Milli and his “Caribbean Girl” with Teejhay. He was also featured on DJ Cuppy’s hit single “Abena”.