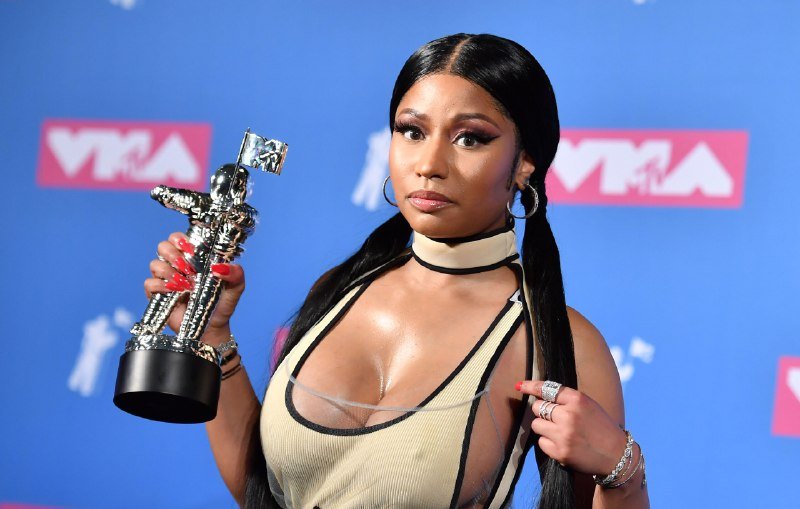 Nicki Minaj is one of the most popular Rap artists whose journey is truly like a roller coaster ride. This American singer, songwriter, rapper, vocal artist, and a television superstar didn’t have a great start early in life. She was born in Port of Spain, Trinidad and Tobago. Raised in Queens, New York. The 37 years old rapper is a Sagittarius , born 8th of December, 1982 . Her troubled life made her strong and gave her the ambition to shine like a star. Here are few interesting facts about Nicki Minaj worth knowing:

Yes, before Onika went on her journey to claim the throne of New York, she was born in the beautiful island country of Trinidad and Tobago on December 8, 1982. She moved to Queens, New York at the age of 5.

Coronavirus Conference Gets Cancelled Because Of Coronavirus

3. Nicki is a businesswoman

While it may seem like she is all about the fun and games, Nicki is a businesswoman in her own way. She personally oversees all aspects of her image and is at the forefront of all of her business decisions. Nicki is not only confident, she’s a boss! Her career as a celebrity includes:- advocate for women’s rights, rapper , singer, songwriter, actress and a model among other things she gets involved with.

4. Nicki has one of the best celebrity-fan relationships.

Nicki truly appreciates and wants the best for all of her fans, “the barbz”. She makes every effort to connect with them on a personal level, both on social media and in person. She also recently set up a fund to help some of her fans pay off their student loans and always encourages them to stay in school and get an education.

5.Nicki has her own dictionary – the Nictionary.

If you haven’t noticed already, Nicki and the barbz have their own language and outsiders often have a hard time catching up. Quite a few years ago, Nicki created the Nictionary – a dictionary app with some of her most used terms at the time. Although the app is no longer available there are several links to the Nictionary online.

When Nicki Minaj first joined Instagram in 2013, the account at name ‘@nickiminaj’ was being used by an imposter so Nicki created an account with a different at the name – ‘@allpinkbarbiedreamhouse’
This old account still exists on Instagram but Nicki is no longer active on there. However, there are over 6k people that still follow the account – most likely waiting on the first request if the Queen of Rap ever posts on there again. Who knows? Maybe she will one day?

Davido made the double surprise announcement on his twitter page in the late hours of May 2,20202. In the first tweet, the “Risky” singer casually dropped the album’s release month and what is likely the title, “A Better Time”: The new album announcement is coming roughly 5 months after the release of his second studio album “A Good Time”. Two hours after the initial tweet, Davido announced a Nicki Minaj feature which was produced by Speroach Beatz. Speroach had previously worked with him on “A Good Time” album.

8. The Celebrity has just one Tattoo:-

She has just one tattoo on her arm which says, “ God is always with you “ in Chinese. But the star rapper regrets having this tattoo and wishes to get rid of it.

Nicki Minaj is a strong believer in the Women Empowerment and considers herself as a Feminist. She says that, after seeing her mother go through troubles because of her abusive father, she wants every woman to be stronger and empowered. One may wonder if she is married coupled with her failed relationships in the past; ohh yes !!!!!! the Queen Diva is married to her boyfriend, Kenneth Petty. “ Onika Tanya Maraj- Petty, 10.21.2019”, the caption read, seemingly sharing her new legal name and the date she made it official with her boyfriend Kenneth Petty.

10. She was Discovered by LIL WAYNE:-

Nicki Minaj was working hard to get recognized back in the late 2000s. The rapper had a number of mix tapes and was waiting for the right person to come around. Before her being discovered she worked as a waitress, and got fired from different jobs. She and Jimmy Fallon took a stroll down memory lane when they paid Red Lobster a visit, a restaurant where Nicki once worked as a waitress.

Determined to make it in the music business, Minaj took on backup singing roles for local New York City rappers, including Full Force. Soon, she began writing her own material. She was eventually discovered by the Dirty Money CEO Fendi, who came across Minaj’s MySpace page, loved what he heard, and signed her to his label.

That connection led Minaj to Lil Wayne, who collaborated with her on a series of mixtapes, the first of which, Playtime Is Over, was released in April 2007. This and subsequent mixtapes, including Sucka Free (2008) and Beam Me Up Scotty (2009), showcased Minaj’s female swagger and out-front style. She signed to Lil Wayne’s Young Money label in August, 2009, becoming its first ever female artist. She solidified her growing rep with appearances on the We Are Young Money compilation album (2009), also collaborating with Mariah Carey and Robin Thicke.

Seven Nigerian Celebrities Who Are Muslims. No 1 Is Surprising

Lil Wayne calls her “an icon” who has “reached far beyond anything he would have imagined “.