Just In: EFCC Reveal Next Line Of Action Over Orji Uzor Kalu 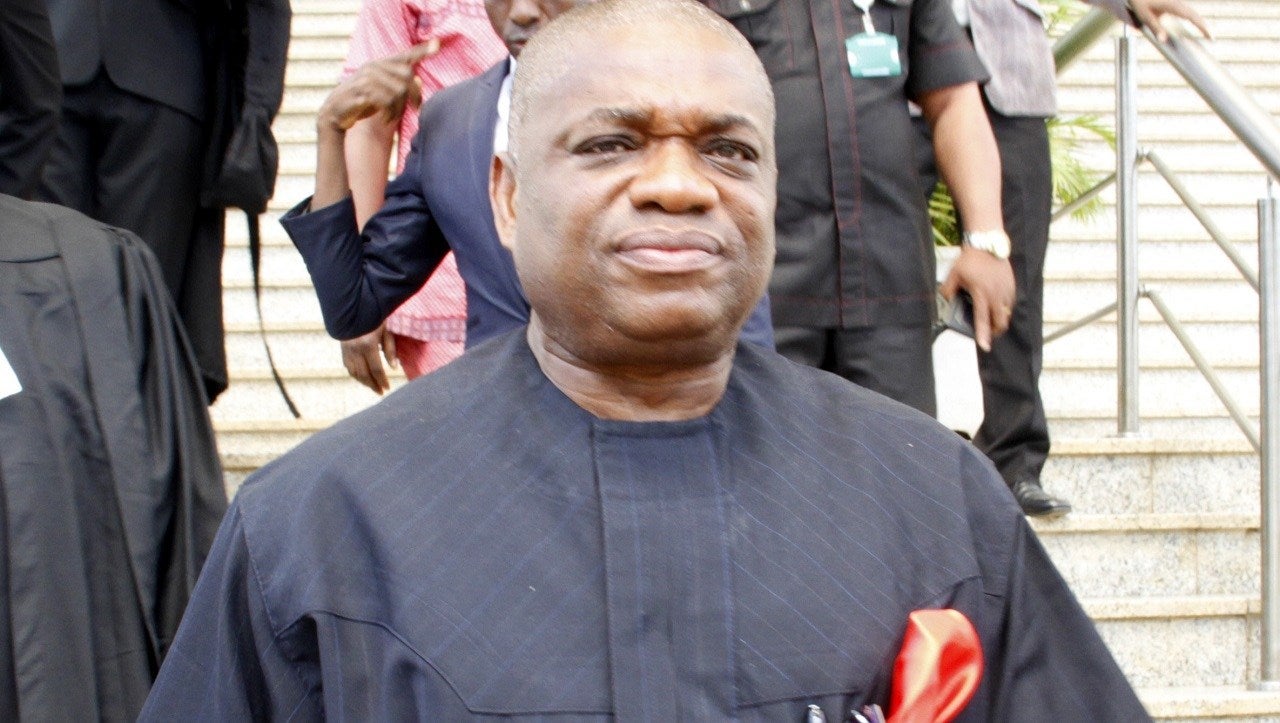 The Economic and Financial Crimes Commission (EFCC) has described the nullification of the conviction of former Abia State governor, Orji Kalu, as a technical ambush.

Sen. Kalu, convicted by the anti-graft agency for stealing public funds while in office, was sentenced to 12-year imprisonment late last year. Dissatisfied with the conviction, the former governor approached the Supreme Court seeking to be freed.

In its ruling on Friday, the apex court nullified the conviction on the basis that the judge who convicted the former governor had no jurisdiction to go ahead with the case having been promoted to a higher court.

But in its reaction, the EFCC said it was ready for a fresh trial of the All Progressive Congress (APC) chieftain.

“The attention of the Economic And Financial Crimes Commission, EFCC, has been drawn to the judgment of the Supreme Court nullifying the trial of a former governor of Abia State, Orji Kalu, his firm, Slok Nigeria Limited and Jones Udeogu, a former Director of Finance and Account of Abia State Government and ordering their fresh trial at the lower court,” the anti-graft agency said in a statement signed by Dele Oyewale, its Head of Media and Publicity.

“The apex court based its verdict on the grounds that Justice Mohammed Idris, who convicted Kalu and others had been elevated to the Court of Appeal before the judgment and returned to the lower court to deliver the judgment which it considered as illegal.

“The EFCC considers the judgment of the apex court as quite unfortunate. It is a technical ambush against the trial of the former governor. The Commission is prepared for a fresh and immediate trial of the case because its evidence against Kalu and others are overwhelming.

“The corruption charges against Kalu still subsist because the Supreme Court did not acquit him of them. The entire prosecutorial machinery of the EFCC would be launched in a fresh trial where justice is bound to be served in due course,” it added.