“I Have My Own Babalawo” – Tonto Dikeh 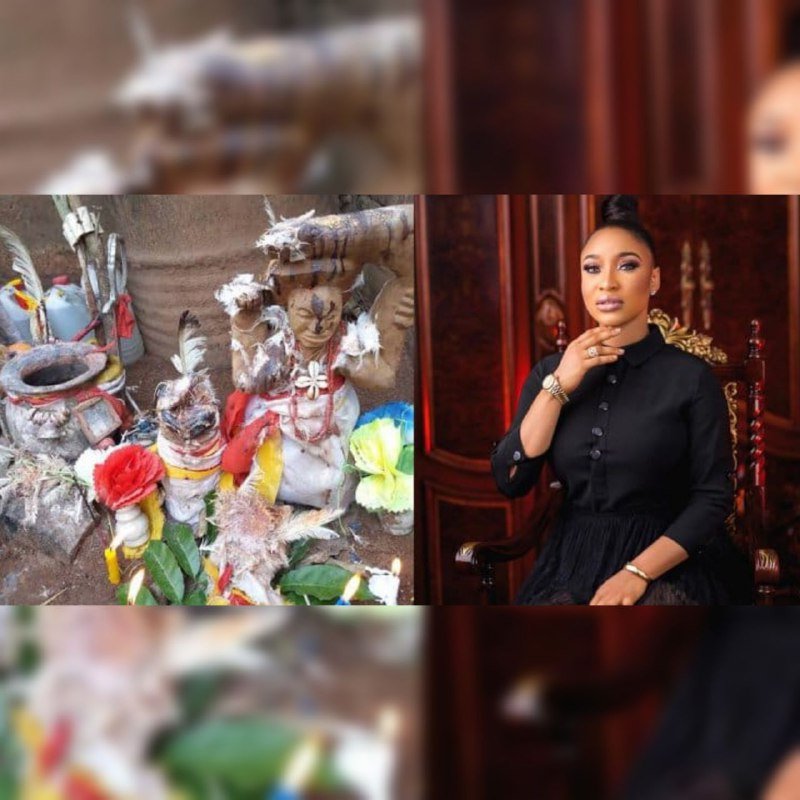 Controversial Nollywood actress, Tonto Dikeh has issued a warning to native doctors sending her DMs saying they saw her problems and can help.

According to Tonto Dikeh, she has her own person ‘Babalawo’ and it’s not good to mix medicine. She urged them to look for Coronavirus vaccine instead if they have power as they claim.

The mother of one said the only problem she has now is how to clear her Bentley before June 9th.

“Pls the only problem o have now is how to clear my BENTLEY before june9th If your vision is not reaching how to get this money.. ABEG una just pray for me in silence🥵🥵🥵” In Another Story Murder-Suicide: Man Kills Dad, Then Himself, Leaves A Note Written In Blood

When the world is battling the effect of coronavirus both on humanity and on economy, a very sad story was reported, where a man reportedly killed his dad and then himself at their family home in a ‘murder-suicide’ during the coronavirus lockdown.

Nicholas Mooney, who is understood to have suffered mental health problems, allegedly wrote notes in blood and on an iPad in an attempt to explain what had happened

The 23-year-old is believed to have stabbed his father, James, 60, to death before using the knife to k**l himself.

Officers from Police Scotland found the notes as well as blood around the £300,000 home in Ralston, Paisley, on Thursday last week.

An area around the house was cordoned off by police as forensic personnel collected evidence.

Sources told the Record officers faced a scene of horror when they first arrived to investigate the incident.

One source said: “It was a murder-suicide – and it’s an absolute tragedy. There were notes written in blood in the house. Nicholas stabbed his dad and then killed himself. He left a bloody note… where they found him. The note said something like, ‘It’s nothing to do with anybody else’.

“When police arrived, there was nothing needing to be investigated – it was spelled out for them in blood what had happened.

“But they had to follow protocols and carry out a proper investigation, just to be on the safe side. It really is a tragedy – two lives taken and a family obliterated,” the source added.

Couple Fight Each Other In The Presence Of Their Children Over….