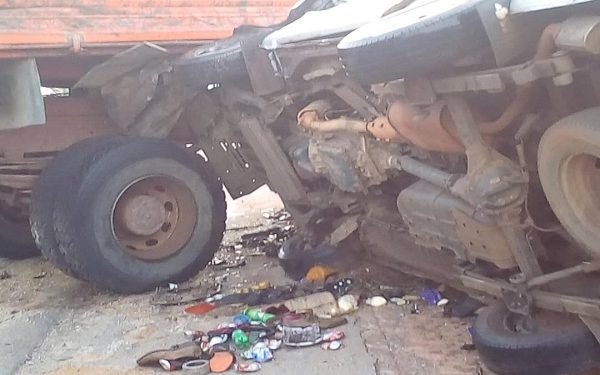 Two persons lost their lives while twelve sustained varying degrees of injury in an auto crash on the Onitsha/Owerri Expressway, Anambra State.

It was gathered that the accident was caused by excessive speeding, resulting in loss of control by the driver whose leg was cut off in the crash.

An eyewitness said the tipper driver was negotiating into his house when the bus rammed into it.

“It was caused by the excessive speed by the driver who lost control and rammed in the lorry.

“Again, the crash occurred during a downpour which must have blurred visibility,” the source stated

He said,” 12 people sustained serious injuries, out of which Seven were rushed to Our Lady of Lourdes Hospital while the other five victims were rushed to God’s Favour Hospital Okohia, both in Ihiala town.

“Two victims, the driver whose leg was amputated in the crash and another victim had been confirmed dead by doctors at the hospital.

“The rescue operation was jointly carried out by operatives of the NPF, DSS, FRSC and NSCDC. The obstruction caused was cleared to ease the movement of other vehicles.”