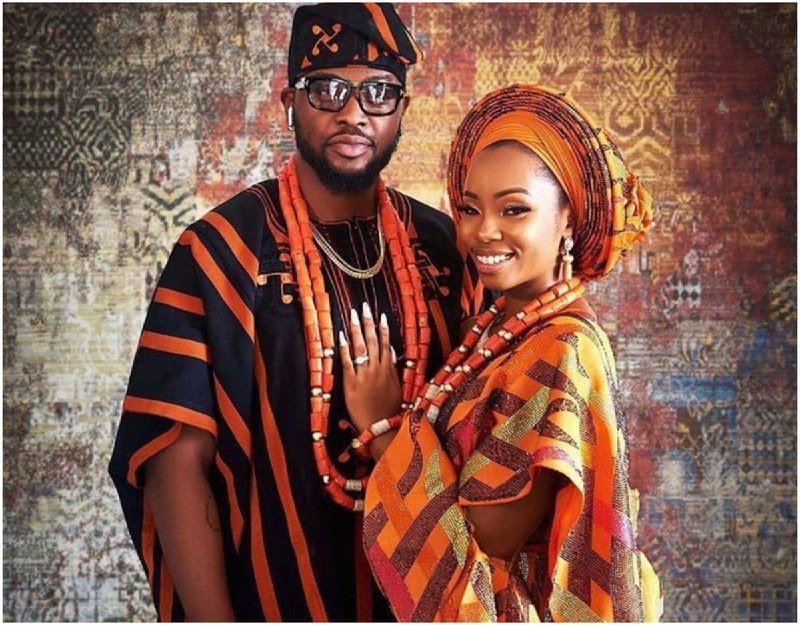 Former Big Brother Naija reality TV star, BamBam, and her hubby, Teddy A have debunked allegation of her having a black eye, a claim spurred by new photos the new mother shared.

Fans had expressed concern and pointed out that the reality show star had a black eye after she shared photos on Twitter with the caption “Don’t limit yourself. Many people limit themselves to what they think they can do. You can go as far as your mind lets you.”

The reality TV and her husband, Teddy A had to go on Instagram live where they both debunked the rumours.

They made fun of the people who made speculations about the troubles in their marriage. This is not the first time the couple who got married in 2019 have had to deny such rumours.

“It’s very true that Teddy A beats Bambam. It’s also very very worrying. Guys, 2020 new year resolutions, please don’t marry a man or a woman who abuses you just to prove a point to people you don’t even know.

Beating was before the wedding. and chances it that it won’t come back after Bambam delivers her baby is only in God’s hand. You can be rude etc to me but it doesn’t change the fact that we need to keep Bambam in our prayers 🙏”