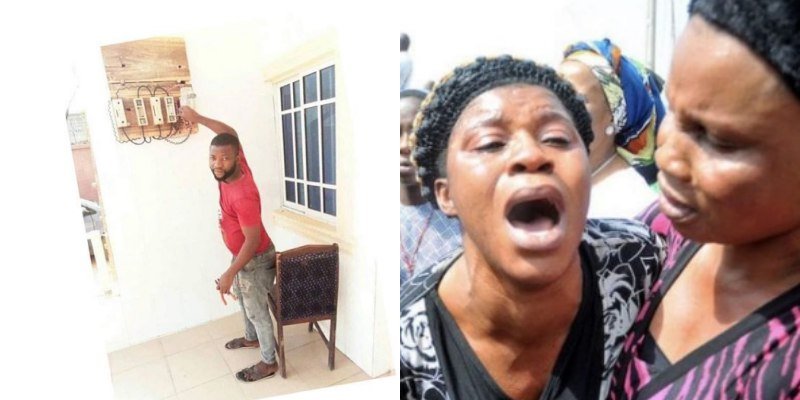 According to reports making the rounds online, a groom to be has been electrocuted few weeks to his wedding.

The calm neighborhood of Opobo road of the Ogbor Hills, Aba, Abia State, was on Wednesday, thrown into confusion, following the electrocution of a middle aged man, identified as Chukwudi.

The deceased, whose traditional marriage was some weeks away, after discovering that there was electricity in the neighborhood while there was none in his apartment, started looking for a ladder so as to switch lines.

”Transformer” Kills A Man Vandalising It In Anambra

It was gathered that while he was on the electric pole trying to rectify the problem, electricity was restored to the former line and he was electrocuted.

Chukwudi wasn’t a staff of any Electricity Distribution Company but some of his throwback pictures indicate that he was used to handling electrical issues.

May his gentle soul rest in perfect peace, Amen.

However, In another news, a man identified as Yakubu Alhassan has been electrocuted while trying to fix a faulty transformer in the Anagada community, a suburb in Abuja.

The man popularly referred to as Yakubu NEPA was alleged to be a staff of the Abuja Electricity Distribution Company (AEDC) but the company’s Public Relations Officer, Fadipe Oyebode, said the deceased was neither a staff, service provider nor contractor of AEDC.

A resident of the community, Ibrahim Yahaya, said the incident happened on Friday afternoon at 12:47 pm.

Davido Set To Move To His House In Banana Island (Video)