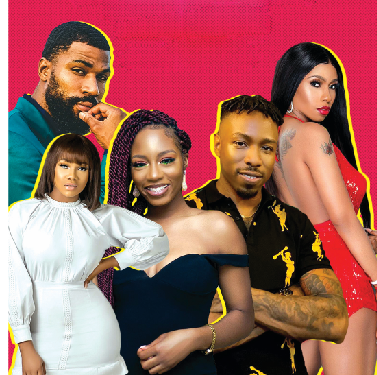 Ahead of the fifth season of the Big Brother Naija season five, housemates of the fourth season themed Pepper Dem will be reuniting after a year.

The 26 ex-housemates of the Pepper Dem edition will be reuniting for the Reunion Show from Monday, June 1.

Fans of the popular reality TV show will be treated to the reunion show that promises to be filled with emotional outbursts, wild surprises and other interesting moments.

As expected, the ex-housemates will be having hearty talks with the show host, Ebuka Obi-Uchendu, as he revisits the events that rocked Biggie’s house in the fourth season.

Fans and viewers will also hope to get answers to some burning questions and perhaps witness the end to the rivalries between some of the ex-housemates.

The Big Brother Naija Pepper Dem Reunion will focus on a few unresolved misunderstandings among the ex-housemates before its finale in 2019.

The reunion hopes to bring closure to some of the drama fans who were entertained during the Pepper Dem Season and give answers to some burning questions, one of which is the fight between Mercy and Tacha.

In another story, following the launch of ‘The Mercy & Ike show’ on April 26, the Big Brother Naija BBNaija ex-housemates have hinted at tying the nuptial knots.

The first edition of the Mercy & Ike show had Ike put rumours to rest by saying he envisions himself committing to marriage with Mercy.

Mercy playfully responded by telling him to be sure he was ready to commit before popping the question because she didn’t plan to wear an engagement ring for longer than one month.