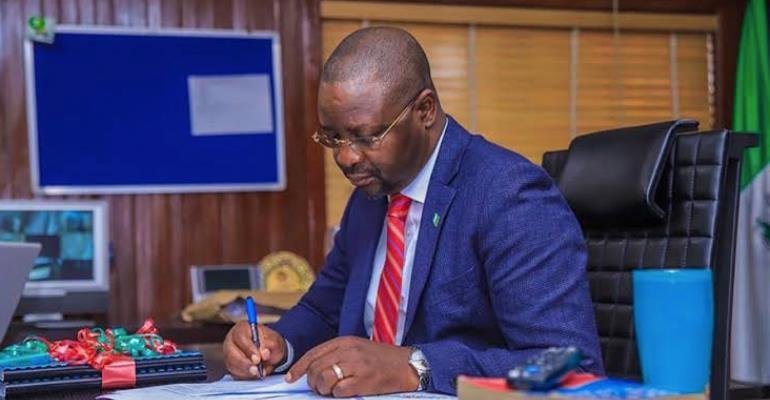 The Minister of Youth and Sports Development Mr. Sunday Dare yesterday said he consented to a fresh contract for Super Eagles Technical Adviser, Gernor Rohr because the Franco-German football tactician deserves the right of first refusal. Before the contract between the Nigeria Football Federation, NFF, and Gernot Rohr was renewed, speculations were rife that the minister of sports wasn’t favourably disposed to the contract renewal.

At a point, former England Manager, Harry Redknapp was linked with the Super Eagles job.

However, the minister in a statement by his Senior Special Media Adviser, Mr. Joshua Akanji reiterated that Rohr’s contract was renewed because he deserved to be given the right of first refusal.

The Minister said he was not averse to the contract extension but insisted that Nigerians must get results if the coach is to remain in charge of the national team.

He said “The Nigeria Football Federation (NFF) is statutorily in charge of the growth and development of football in Nigeria under the supervision of the Ministry of Youth and Sports.

“For Rohr, because he had been signed on earlier, he deserved to be given the right of first refusal, that was what the NFF did and that was what I also allowed to happen.

“It is best practices, it is global practices but the NFF also had a review of his performance in the last three to four years and based on that review, his new contract had new conditions that never existed before.

The sports Minister added that it would not be business as usual, insisting that the coach would be held to a higher depth of responsibility, a greater depth of technicality and a greater level of success where he could have his contract reviewed if he falls short of the direction outlined in the terms of his new contract.