Bobrisky: My Granny Mounts Pressure On Me To Get My Married 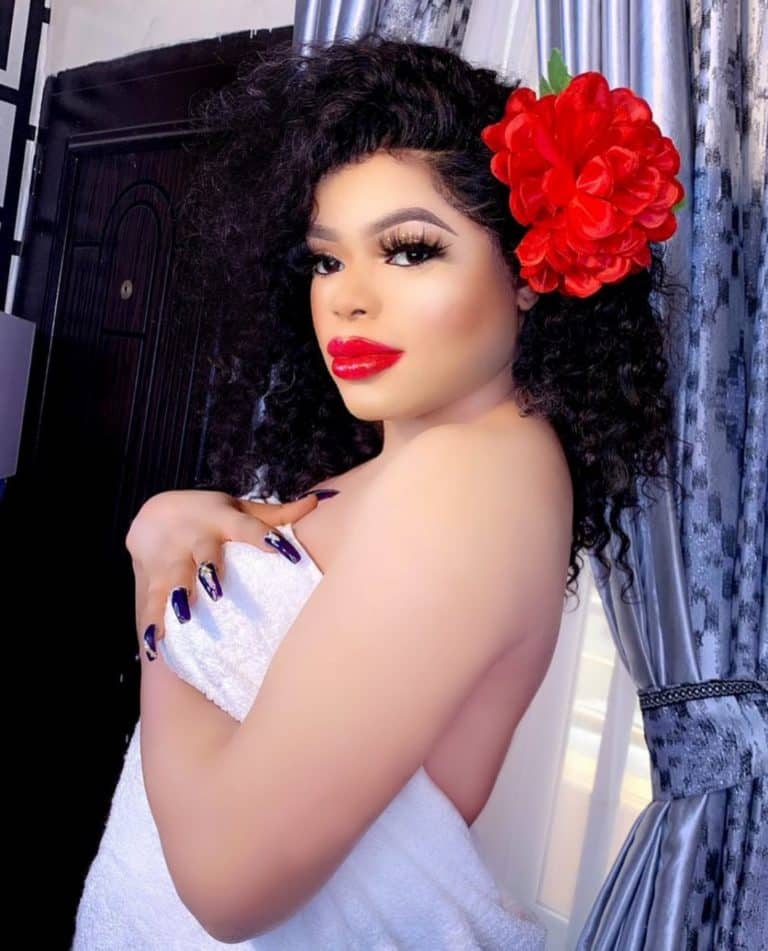 Popular crossdresser, Idris Okuneye, popularly known as Bobrisky has noted that she is under pressure to get married by her granny.

She made this known when she shared a picture of herself and her fans.

He said he would love to be married but wasn’t in a hurry as she wants a man equally rich as she is. She said she isn’t interested in popcorn boys on Instagram.

In the past, Bob has revealed how she would not tolerate any sort of serious relationship based entirely on love. She affirms money is what does the love for her.

However, Popular Nigerian transgender, Idris Okuneye aka Bobrisky has been talking about her supposed boo for a while now, she regularly teases her fans who are curious to know who her mystery boo is.

She recently shared a video of herself on Snapchat having a conversation with a man she described as ‘boo’.

Bobrisky Shares Transformed Body, And You Will Love To See It

Reports claim that the Nigerian crossdresser’s mystery man got her a brand new Bentley, which is being transported to her from overseas.

Bobrisky is a popular crossdresser in Nigeria with a controversial lifestyle.