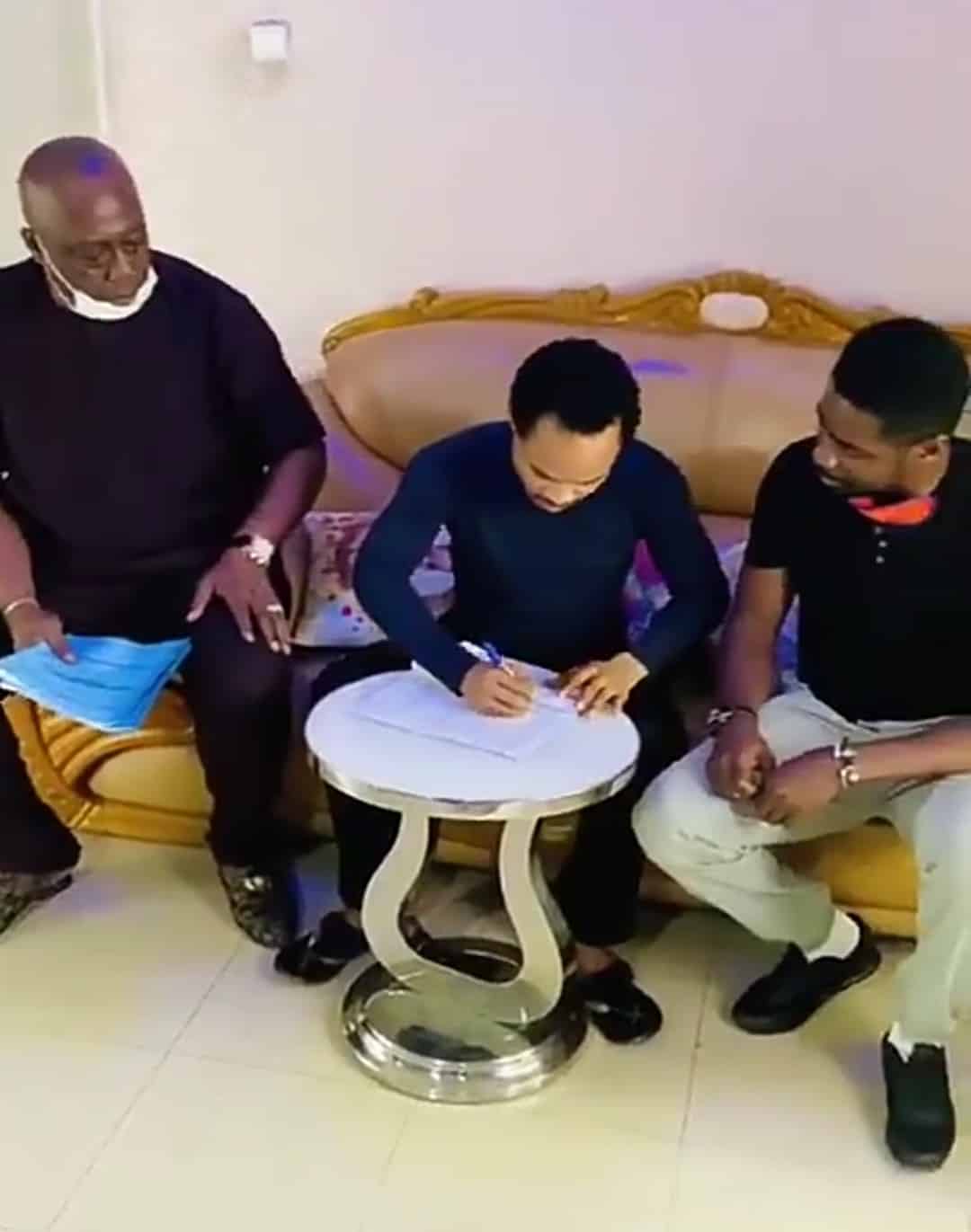 Popular pastor, Chukwuemeka Odumeje has been unveiled as the latest brand ambassador of Liquid Metal Management.

The controversial pastor becomes the first pastor in Nigeria to officially sign an endorsement deal.

According to reports, Liquid Metal Management is a media and Communications (Brand Development & Management) team in media/communication, talent management and PR strategies.

The controversial pastor has become the first pastor in Nigeria to officially sign an endorsement deal.

Prophet Odumeje was unveiled as part of the team on Saturday as he was welcomed by the Executives of the brand as their first signing.

Prophet Chukwuemeka Odumeje gained popularity after videos of him preaching and jumping on members of his congregation surfaced the internet. Nigerians couldn’t stop talking about his method of performing miracles.

Indaboski: Odumeje Finally Reveals The Source Of His Power (Video)

Since then, he has gathered a lot of fans and followers from different parts of the country. He is also known for his strange prophesies and declarations on members of his congregation.

They confirmed this on the microblogging site, that reads, “We’re excited to announce the official unveiling and sign on of the Indaboski brand-aka-The lion himself into the @liquidmetalng management firm.”

It’s official.
The Lion himself, the Indaboski brand is now signed to the Liquid Metal Management Family. #LiquidMetalNg pic.twitter.com/ZjkbIbW7MW