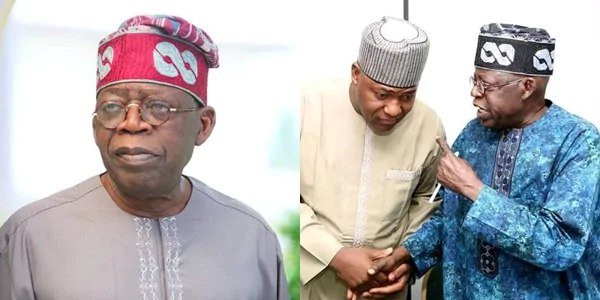 Yakubu Dogara, former speaker of the House of Representatives, has finally addressed the growing speculations surrounding his defection and the politics of 2023 presidency.

The lawmaker, in a statement by his media aide Turaki Hassan on Sunday, August 23, said his defection to the All Progressives Congress (APC) is not about his political ambition.

Dogara said he is, however, concerned about how to help “rebuild and reposition the APC in Bauchi state.” Recall that the former speaker decamped from the Peoples Democratic Party (PDP) for the ruling party APC on Friday, July 24.

The lawmaker in a letter of resignation addressed to the Bogoro ‘C’ ward chairman of the PDP dated July 24, 2020, said the breakdown of governance in his native state of Bauchi prompted his defection.

In a reaction, PDP, through its chairman, Board of Trustees (BoT) Walid Jubrin, said the quest for the 2023 presidential or vice-presidential ticket of the APC might have informed Dogara’s decision to rejoin the ruling party.

Speaking on the rumours linking him with the 2023 politics, Dogara said 2023 is still years away and further added that the false reports are being peddled by Bauchi government. He said the stories are being sponsored by officials of the Bauchi State government.

“It has come to our notice that stories and images are being circulated on social media to the effect that His Excellency, Rt. Hon Yakubu Dogara is running for the office of the Vice President of the Federal Republic of Nigeria, with the National Leader of the All Progressives Congress, (APC), Sen Bola Ahmed Tinubu, for President in 2023.”

“Our initial decision was to ignore them since they are utterly baseless but it appears that the promoters of this fallacy are unrelenting in spreading the falsehood and have now succeeded in making it sound believable to the extent that even some conventional and ‘credible’ media platforms are beginning to take it up,”