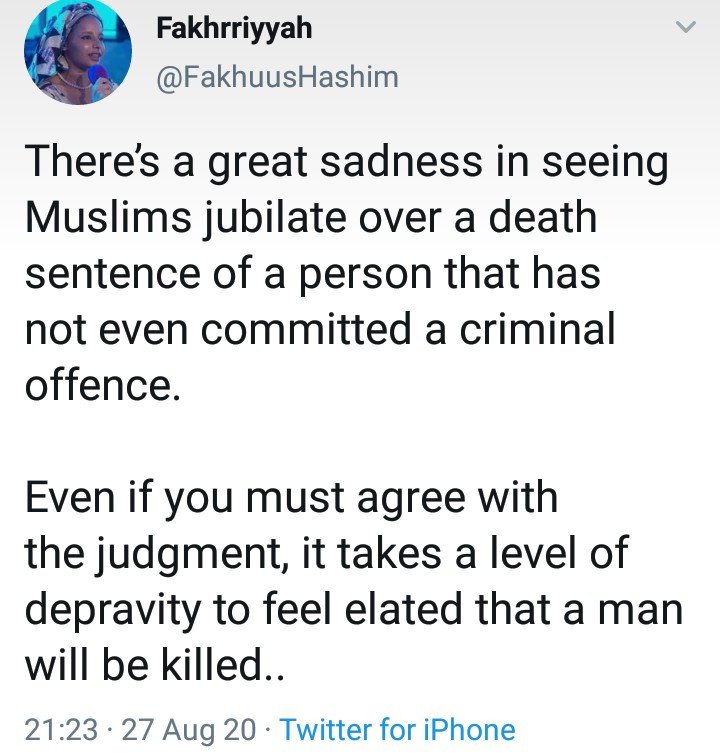 A Muslim Nigerian woman who dared to speak out against the death sentence handed to the Kano singer for blasphemy has been met with curses and threats to her life.

The London Activist, Fakhriyya Hashim, who was born and raised in Kaduna, mentioned that it is sad to see “Muslims jubilate over a death sentence of a person that has not even committed a criminal offense.” 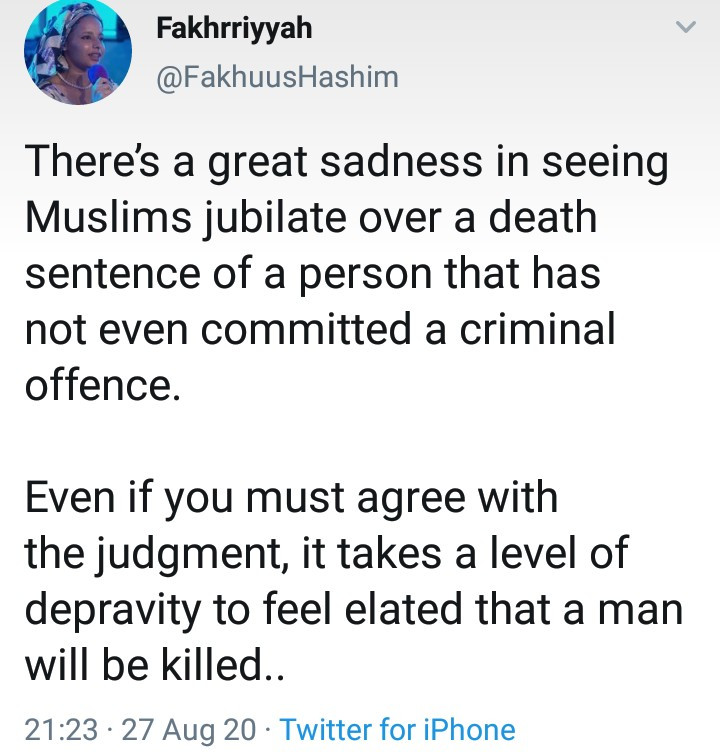 She added that “it takes a level of depravity to feel elated that a man will be killed.

Her tweets have stirred some Twitter Muslims as they cursed her and also threatened her life.

In a rejoinder tweet, she revealed that people have been passing by her family home in Kano, searching for her. 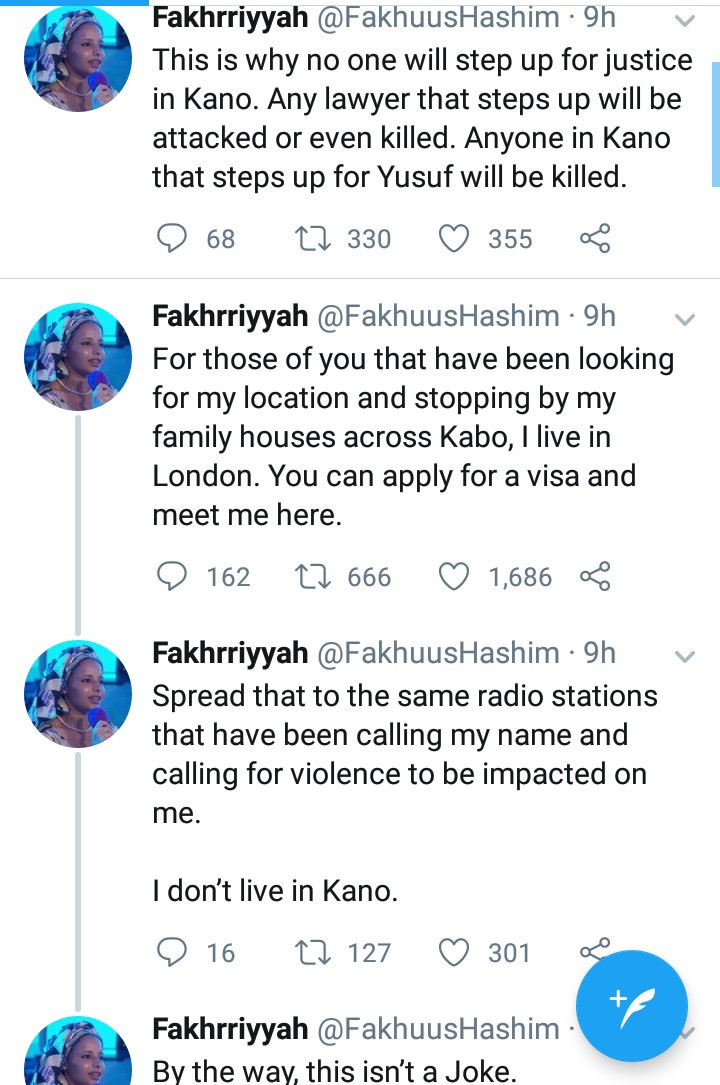 Shortly after his sentencing on August 10, she spoke against it and her photo was circulated on Twitter with a noose beside her, suggesting she should be killed alongside Yahaya.

The 27-year-old also faced death threats in 2019 when she joined in championing the Arewa #MeToo movement.

Below are some of the reactions to her tweet questioning those who are rejoicing over Yahaya’s death sentence. 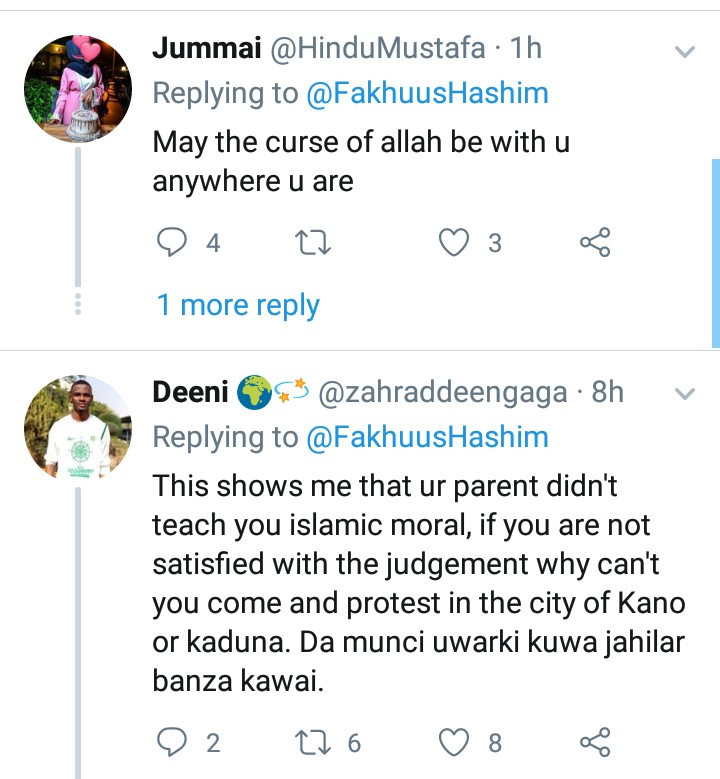 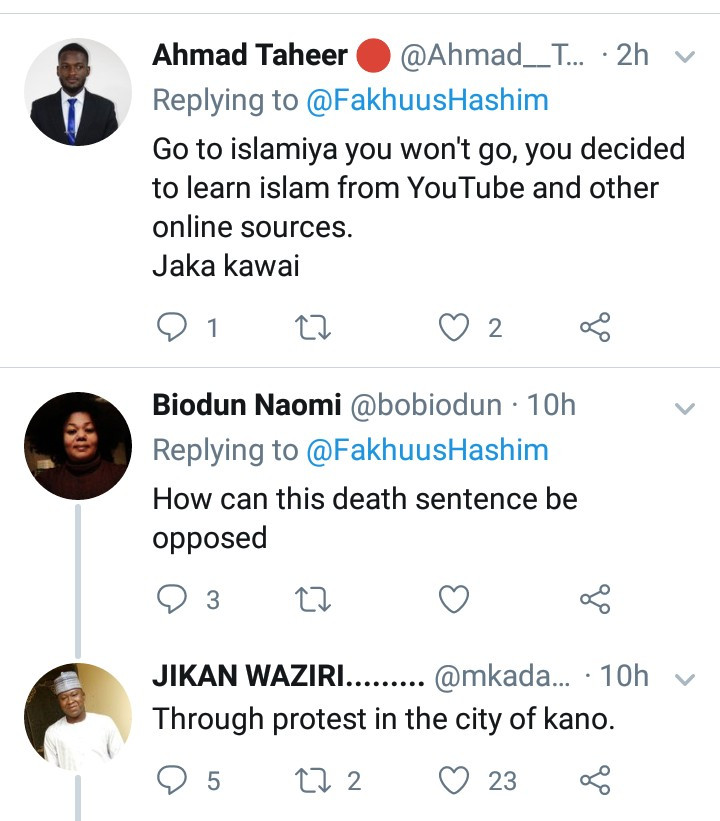 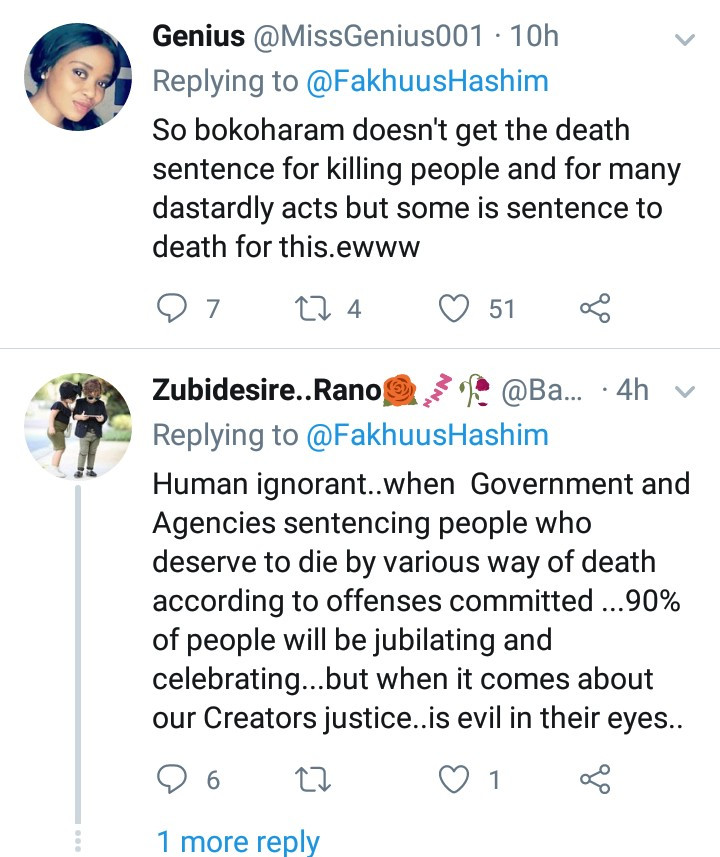 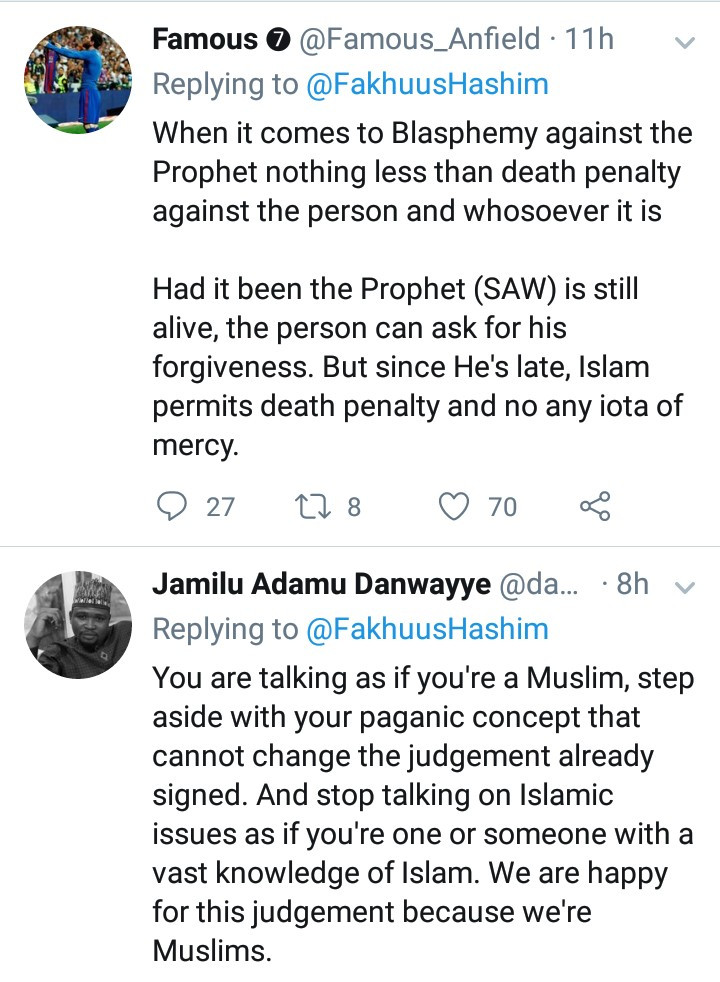