Why Abia College Of Education Is Being…

BBTitians: See How housemates Nominated Each Other…

15% Of Low-Income Nations Are In Debt… 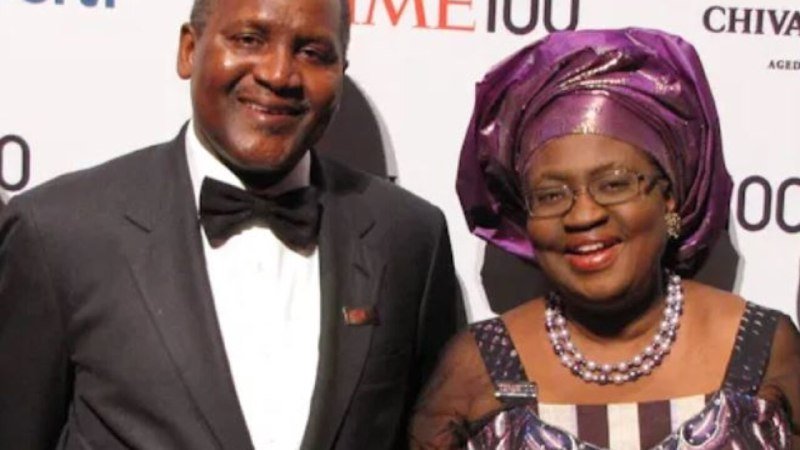 The candidacy of Ngozi Okonjo-Iweala, Nigeria’s former minister of finance, for the office of the director-general World Trade Organisation (WTO) has received a boost following an endorsement from Aliko Dangote, Africa’s richest man.

Dangote, in a tweet on Monday, said WTO needs the skills and tested experience of the former minister to lead the organisation through identified obstacles and strengthen its position as the prime facilitator of international trade.

“A vote for her by all is a step in the right direction. I fully endorse the candidature of @NOIweala to lead the WTO,” he tweeted.

Okonjo-Iweala, who sits on the board of Twitter and chairs the Global Alliance for Vaccines and Immunization (GAVI), is contending against seven other candidates from Mexico, Egypt, Moldova, Republic of Korea, Kenya, UK and Saudi Arabia.

She addressed WTO members in Geneva on July 15 and has been vocal about the reforms she would push for if elected.

The candidates were nominated by their respective governments to succeed the current Director-General, Roberto Azevêdo, who announced in May that he would step down on 31 August.

Candidates are currently in the second stage of the process where they are expected to make themselves known to members.

This ends on September 7.

Video: Man Forced To Eat Faeces He Was Caught With

Kanye West: ‘I’m Richer Than Donald Trump’, I Can’t Be Bought By Him

Echezona obinnaJanuary 17, 2023
Another great offer for you

Kukah Frowns At Nigerians Who Are Undecided On Choice Of Candidate