No Controversy Over My Candidature -Araraume; APC Decides Candidacy Today 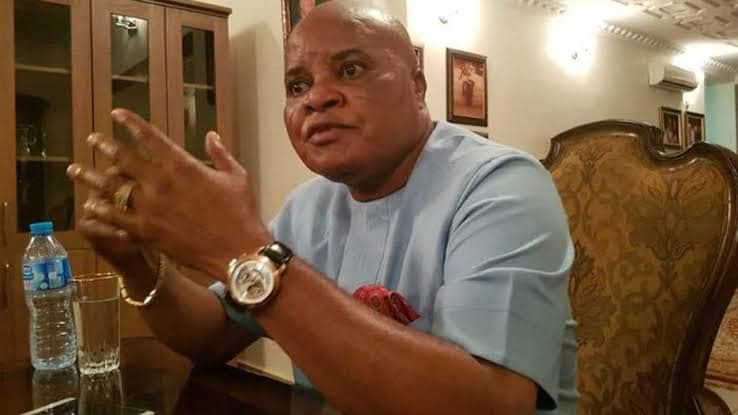 Senator Ifeanyi Godwin Araraume has assured all his admirers, loyalists, and supporters that he remains the undisputed popular winner of the primary election conducted for the vacant Imo North senate seat, by the All Progressive Party (APC).

The by-election has been scheduled to hold on 31st October 2020, in all the 6 LGAs of Okigwe zone otherwise called Imo North. Apart from Araraume, Dr. Nath Uba, Attorney Charles Onyirimba and Ikeoha Okewulonu have emerged as candidates of AAC, APGA, and PDP respectively and will contest with Senator Araraume.

But events leading to the nomination of candidates for the election by APC have been controversial, traumatic, turbulent disgusting, and confusing. These attributes started to manifest with the endorsement of the Marcel Nlemigbo Imo APC caretaker committee by the National Chairman of APC, Mai Buni against the democratically elected congress chairman Daniel Nwafor, who has been armed with a court restraining order against the state executives committee dissolution or disregard.

Next was the setting up of a screening committee with the Secretary to the Government of Imo State, Cosmas Iwu as chairman charged with a term of reference to choose a “consensus candidate”. Though political pundits expressed dissatisfaction, discontent, and strong exception with the Imo State Governor, Hope Uzodinmas undue interference in his attempt to hijack the APC primary election to decide for Okigwe people on a consensus candidate for APC, Uzodinma outside the electoral panel, went ahead to announce one Frank Ibezim of Accord Party who as at the time of the primary election was disqualified from participating. This was against the official declaration of Distinguished Senator Ifeanyi Araraume who scored the majority of valid votes as ultimate winner during the almost marred primary election, conducted by APC.

The interference of the governor had forced the National Primary election Panel to submit two winners in Ifeanyi Godwin Araraume and Frank Ibezim who as at the time of screening, was yet to formally join APC from the Accord Party, Governor Uzodinma’s ignorance they opined, is no excuses for probably insisting on Ibezim.

Despite press releases affirming the emergence of Senator Araraume as APC candidate for Imo North APC and disqualification of Frank Ibezim who was reportedly, never a member of APC especially in his Ehime Mbano Ward, Governor Uzodinma announced his choice candidate as final and non-negotiable.

Consequently, news started flying about that Distinguished Senator Ifeanyi Godwin Araraume, has gone to court seeking an order restraining INEC from accepting the governor’s choice of Frank Ibezim or from tampering or replacing his name from being submitted to INEC as the authentic winner of the APC primary election.

Reacting to a question on whether he actually went to court against Frank Ibezim’s purported victory or choice at the primary election of Imo North APC, Senator Araraume stated that there was no need or basis for that. He stated that he remains the undisputed winner of the APC primary election.

As the controversy over who is the candidate of the All Progressive Congress, for Okigwe Senate by-election linger, the fate of two candidates who lay claim to the party’s ticket will be decided by the party, today, September 11, 2020.

The Independent National Electoral Commission, INEC had before the Primary said it can only deal with the Nlemigbo committee as the authentic leadership of Imo APC.

Based on this trend, then there are indications that Ibezim’s name may be forwarded to INEC as the party’s candidate for Okigwe senate bye-election.

The Primary to elect a candidate for the party for the Okigwe Senate by-election had generated confusion when the panel sent by the national leadership of the party to conduct the Primary split into two.

The Senator Ajibola Basiriu led primary returned Frank Ibezim as the winner of the Primary with 13, 637 votes.

The results released by the committee are as follows