Student Proposes To Her Classmate After WAEC Exam (Video)

Anambra State Set To Insure Road Commuters, Moves Against Touts In The State

Osinbajo To Be Removed Before 2023 – Cleric

Student Proposes To Her Classmate After WAEC Exam (Video)

by AnaedoOnline
in Education, gist
0

Student proposes to girlfriend after WAEC

A trending video has shown moment an SS3 student who just finished writing WAEC exams, proposed to his girlfriend and she said yes.

According to viral reports, the students had just finished sitting for their exams and were leaving the school environ when the lover boy pulled up from behind and popped the question.

In the video, some female students were strolling when a male student came from behind, tapped his heartthrob and went down on one of his knees immediately she turned.

Muslim Undergraduate Proposes To His Christian Girlfriend In Abuja (Video)

While on one of his knees, he then brought out what appeared to be a ring and engaged her while she screamed away in the euphoric stupor of love and excitement. 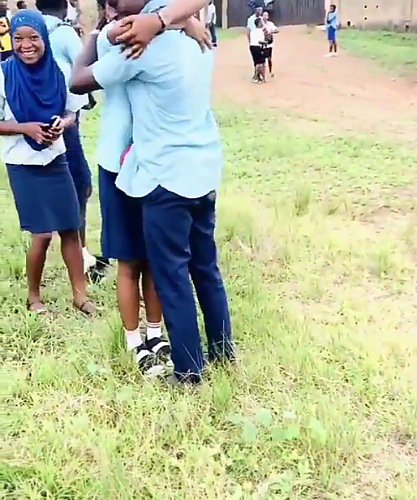 He stood and they both momentarily hugged passionately before the short clip ended.

How Pastors Help Us To ‘Cash Out’- Yahoo Boy Reveals