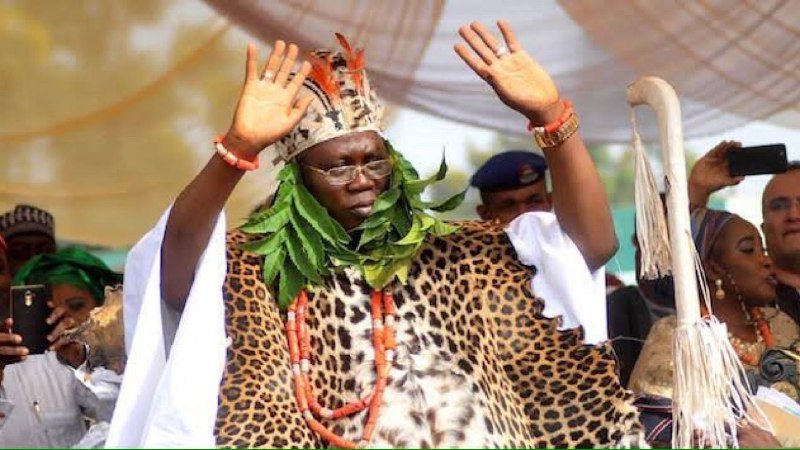 He said intelligence indicated that they were at Old Oyo Game Reserve at Sooro village in Kishi town, Irepo Local Government of Oyo State.

He recalled his alarm late August that hundreds of men were seen on motorcycles heading towards the area.

The Aare warned that the development posed a great danger to the security of the entire South-West.

In a statement on Wednesday, Adams alerted that the sects were involved in rape, kidnap of locals, threats to livelihoods as well as access to forest resources.

The Yoruba leader said children, the aged and women are the most hit by the violent activities of outlaws.

“I have received numerous reports from Kishi, North-West of Oyo State. The reports range from ceaseless kidnapping, rape and threat to lives of Yoruba people in the Oke Ogun area with Kishi as the present hub of terrorist attacks. It’s my responsibility to alert the public and also the relevant authorities”, he said.

Noting that Oyo has the largest land mass in South-West and listed as the 14th in Nigeria, Adams declared that the agenda was to occupy Yorubaland.

He added that Oyo retains a traditional route that links Sokoto State and also borders Ogun State, South of Kwara State and the Republic of Benin and in the East by Osun State.

“The occupation of the land by armed groups is an assault on Yoruba heritage and civilisation. Part of the forest hosts the sacred tabernacle of ancient Yoruba Alaafin whose graves were located in parts of the forest. The killing and kidnapping of over a hundred people is frightening and worrisome.

“The records are there. The recent Intelligence report from Kishi is too frightening because terrorists have taken over the area, with the number of victims growing by the day. We need to react to these senseless killings because of the timing and exigencies. I have sent the report to the Oyo state governor, Engr. Seyi Makinde.

“I have also alerted the Director-General of Amotekun in Oyo state. I have also informed the Alaafin of Oyo, His Imperial Majesty, Oba Lamidi Adeyemi, through a message to his Assistant, and I have informed the Okere of Saki”, he said.

Bill Gates: What Nigeria Can Do To Lift Its Citizens Out Of Poverty