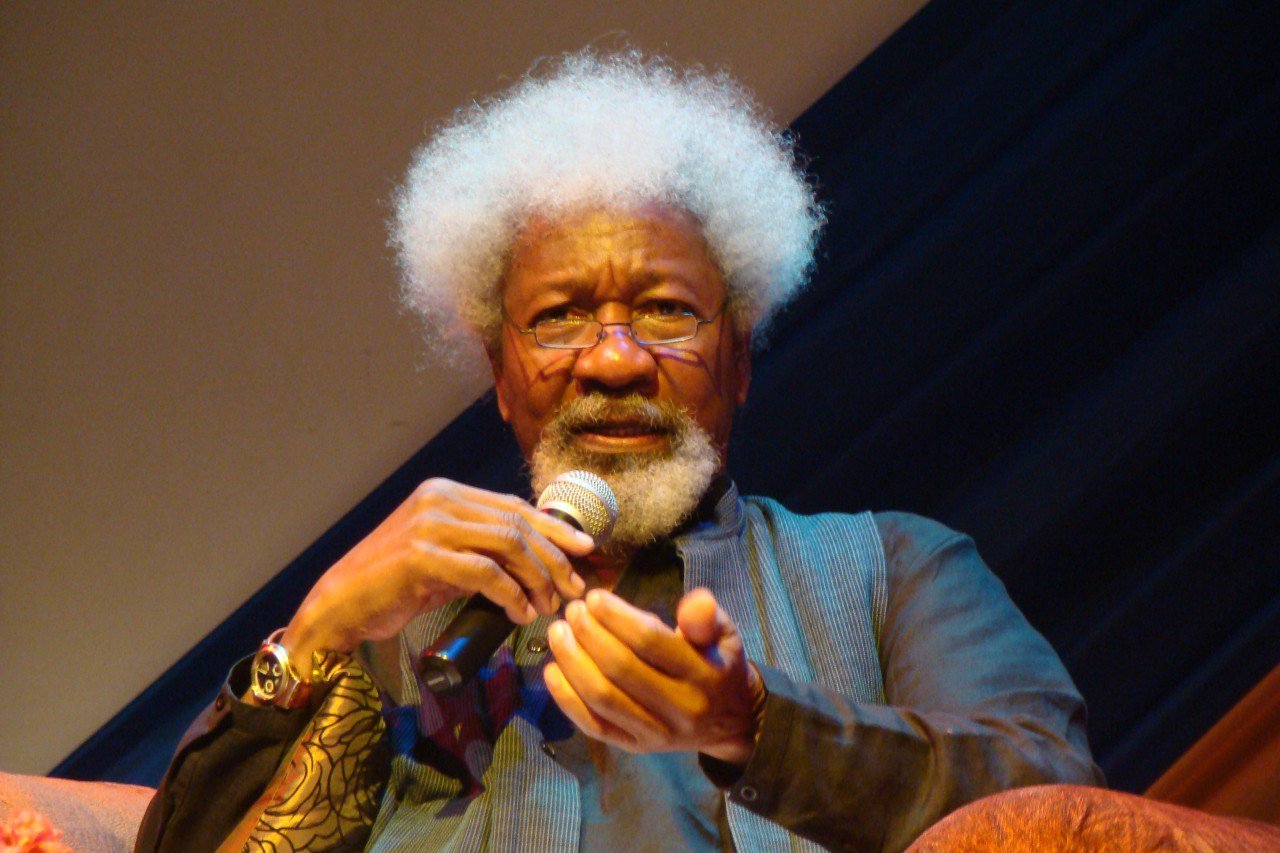 Nobel laureate, Wole Soyinka, has berated the Department of State Services (DSS) over the incessant invitation of Obadiah Mailafia, describing it as an “ostentatious pretence of investigative zeal.”

Anaedoonline.ng reports that the DSS had on several occasions, summoned Mailafia, a former deputy governor of the Central Bank of Nigeria (CBN), over his claim that a northern governor is a commander of the Boko Haram terrorist group.

The DSS was reported to have grilled the former deputy governor for close to 13 hours during his last visit to its office, an action which did not go well with Soyinka who warned the DSS to “ensure that he (Mailafia) meets with no accident” over his incessant invitation by the state security agency.

Soyinka in an opinion article, said rather than investigate those accused of threatening the peace of the nation, the DSS prefers to engage in persecution or pretend to be carrying out an investigation.

The Nobel laureate wrote, “Presumably, the ongoing ‘national security’ persecution of Obadiah Mailafia is a sign of national unity? I invite our marionettes to read deeply into history. Oh, excuse me, history has been banned from learning structures, so look not for history books! However, straightforward, first-hand testimonies abound, exposing structural flaws, deceits and conspiracies against this presumptive national edifice.

“They are perpetrated by highly placed servants of the state, some of whom have since risen to even higher national positions. I draw attention, for instance, to detailed revelations of plots against the nation, plots that resonate in the present. Such is the two-year-old interview of a former ambassador to the Sudan, Bola Dada – The Punch Newspapers. Archives remain ever-obliging. They avail us vivid material to decide whether or not a sinister script is being acted out today with copious libations from Nigerian blood.

Revealed: What Mailafia Told DSS As He Arrived For The Third Time

“I think, in public interest, The Punch should re-run that interview, most especially in view of recent claims by a columnist in The Nation – Femi Abbas Sept. 4 — regarding how and by whom Nigeria was corralled into the OIC. When you abolish History in institutions, you open the gates wide for rampaging revisionism while the same gates are shut against a grasp, however tenuous, of why, for instance, a Mailafia becomes a target of serial interrogations and harassment, rather than those boldly named in his revelations.

Is it he who constitutes a danger to the nation, or the indicted fanatics of unlimited impunity and callous disregard for humanity? Why the ostentatious pretence of investigative zeal? The man has told you where to look. Well, look in that direction and report back to us! In the meantime, however, ensure that he meets with no accident!”