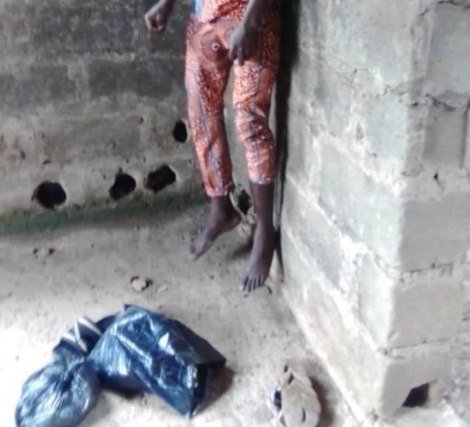 A 22-year-old man simply identified as Sarafa Ayuba, has committed suicide beside his uncle’s house at Amuloko area of Ona Ara Local Government part of Oyo State on Friday, September 25.

An uncle of the deceased, Kazeem Tijani, recounted how Ayuba was declared missing and his body was recovered.

“Ayuba got the motorcycle on hire purchase basis and he was paying the instalments adequately. He was my brother’s son.

He was not indebted to anyone and he was not starving at all. He was not married. He has been living with me for the past two to three years. He was working with me before he got Okada.” he said

Mr. Oluwatosin James, who is the Chairman of the Association of Commercial Bike Riders in Amuloko area, said they are shocked that Ayuba could take his own life.

“The news of Ayuba’s death came to us as a rude shock. It is this morning that we heard of the news at the Park. He was very reticent and would not fight anybody.

Once he did his okada business in the morning, he would go and park and go to his uncle’s shop to assist him. Out of N390,000 that he got the Okada on instalment basis, Ayuba has almost paid up the money, because the money remains just N77,000 to balance the payment.

There was no issue of threat to him from the person who gave him the okada. In fact, the person is like a brother to him. So, we are confused over this sad incident” James said.

Farmer Demolishes His Mother’s Dilapidated House, Builds Mansion For Her